Song Seung-heon "I wish my drama could do better than..." 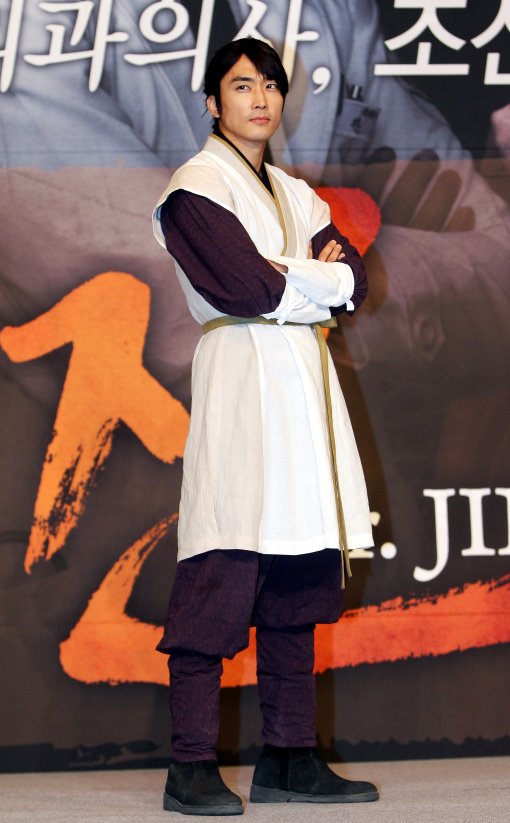 "I hope our drama does better"

Actor Song Seung-heon mentioned his honest thoughts about Jang Dong-gun who is his competitor as their dramas are on at the same time.

At the press premier of the MBC drama "Dr. JIN" in Lotte Hotel, Seoul on the 17th, Song Seung-heon said, "I was happy to hear that Jan Dong-gun was coming back with a drama but I didn't know we'd endup like this. Maybes become indeeds".

Song Seung-heon said, "I wish he did well but honestly I hope mine does better than his. I am a fan of "Gag Concert" as well but we are different in genre so I hope we all do well".

Song Seung-heon takes on the role of a doctor who succeeds 100% in surgery in the drama "Dr. JIN". This doctor travels through time into the Chosun times. Trying out a historical for the first time in his life, Song Seung-heon said, "It seemed hard but I wanted to try it out anyways and build my experience. I couldn't say no after reading the scenario. I am feeling the goodness of a historical".

Other than Song Seung-heon are Lee Beom-soo, Park Min-young, Kim Jae-joong, Lee So-yeon and others.

"Song Seung-heon "I wish my drama could do better than...""
by HanCinema is licensed under a Creative Commons Attribution-Share Alike 3.0 Unported License.
Based on a work from this source