Song Seung-heon pic "A Better Tomorrow" to open in Japan 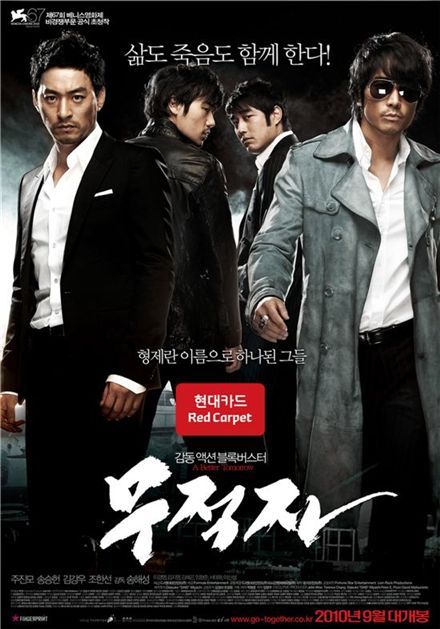 Korean action picture "A Better Tomorrow" will open in theaters in Japan early next year.

A press release from the movie's producer Fingerprint announced that the Song Seung-heon starrer has been sold to Japanese distributors Toei Company, Ltd. and TV Asahi and will hit Japan's big screen on February 19 next year.

The action picture has attracted over 1.5 million moviegoers in Korea, which amounts to 11.5 billion won, since opening in local theaters on September 16.

"A Better Tomorrow" was also been invited to the upcoming Tokyo International Film Festival, which runs from October 23 to 31, and has been purchased by eight Asian countries including Hong Kong, Taiwan and Singapore.

A Korean remake of the Hong Kong film "A Better Tomorrow, 1986" "A Better Tomorrow", feature a star-studded cast of Song, Joo Jin-mo, Kim Kang-woo and Jo Han-sun, about gangsters involved in the black market for arms trade.