Song Seung-heon practices the sword for "The Messenger" 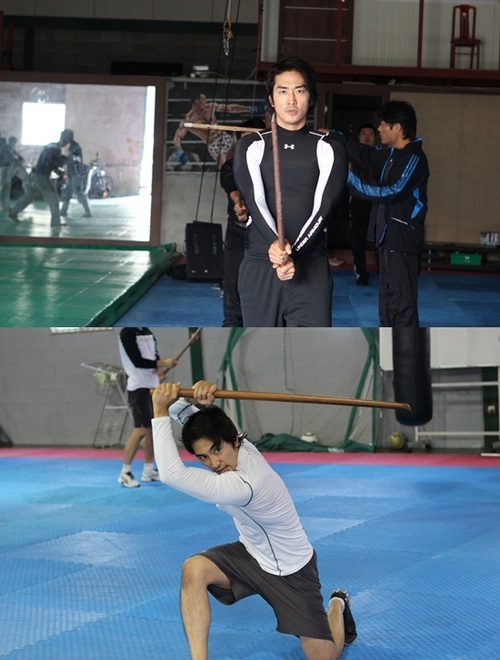 Song Seung-heon is preparing to go into shooting the movie "The Messenger".

Song Seung-heon was a time slip doctor in the Chosun times in his recent drama "Dr. JIN" but this time he's heading over to the Koryeo times.

Song Seung-heon revealed that he was so into historical's now thanks to "Dr. JIN" and this time he takes on the role of Moo-jin, a messenger who has to deliver an urgent message that has the fate of a country in it based in the Koryeo Kang Hwa Do Cheon.

Song Seung-heon claimed, "I read the script all at once on the spot as it was that much thrilling and intense. It's speedy and sensational".

"The Messenger" cranks in December and various inquiries about the movie is already being made.

"Song Seung-heon practices the sword for "The Messenger""
by HanCinema is licensed under a Creative Commons Attribution-Share Alike 3.0 Unported License.
Based on a work from this source