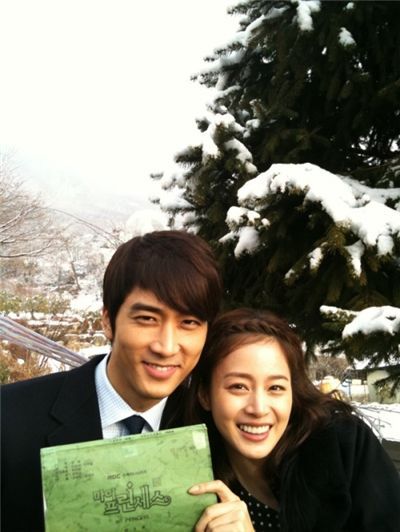 Korean actor Song Seung-heon has posted several pictures from the set of his upcoming drama on his official me2day site (Korean version of Twitter).

On Tuesday, the 34-year-old heartthrob posted a picture with co-star actress Kim Tae-hee on the set of MBC's romantic TV series "My Princess", both smiling and holding up the script for the show with a comment underneath saying, "On the set at a church in Ganghwado [in Incheon] shooting scenes for "My Princess" with Lee Seul (played by Kim)".

He uploaded another picture of himself next to a snowman with a comment below saying, "It's snowing so much here! Here is a picture with a snowman who I just met!"

Fans who have seen the photographs left responses, "It's great to see you working hard for the show even though it's really cold!" "I can't wait to see 'My Princess!" and "Fighting Song Seung-heon and Kim Tae-hee!"

In October, Song and Kim were cast as the leads in "My Princess", helmed by Kwon Seok-jang whose know for the popular MBC series "Pasta", about the love story between a regular female college student and a diplomat.

The show will air every Wednesday and Thursday night, starting January 5 next year. 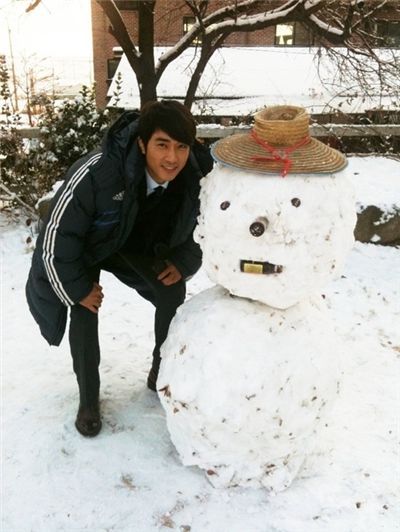