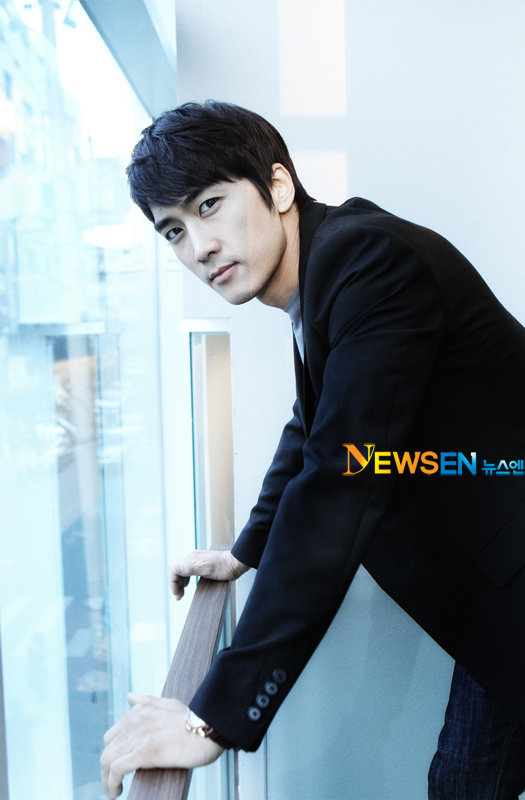 Actor Song Seung-heon (35) clarified the scandal between him and Kim Tae-hee among entertainment people.

At an interview on the 2nd somewhere in Seoul, he said no when he was asked if he was seeing Kim Tae-hee.

However he said, "I have been with her on stage for the Andre Kim Fashion show as models and we go to the same salon so I know her. She is an Attractive person".

In the recently ended MBC drama "My Princess" the two acted as lovers Park Hae-young and Lee Seol. They managed to look like a real couple through their hugging scenes, dating scenes and kiss scenes.

"It was difficult acting with someone as beautiful as Kim Tae-hee when the role of Lee Seol was supposed to be not pretty and reckless. There was a line where Park Hae-young (Song Seung-heon) said to Lee Seol (Kim Tae-hee), "With your face? You think that'll work?", but it wasn't easy".

Song Seung-heon's ideal type is widely known as Han Ga-in. In an interview during the drama "East of Eden" in 2008, he said his type was Han Ga-in and even in KBS 2TV "Sweet Night" he picked Han Ga-in as his type in the "Ideal Type World Cup".

In the broadcast then, Kim Tae-hee, Song Hye-kyo, Son Ye-jin, Kim Hee-sun, Lee Da-hae, Han Chae-young and many other female stars were up for runners. 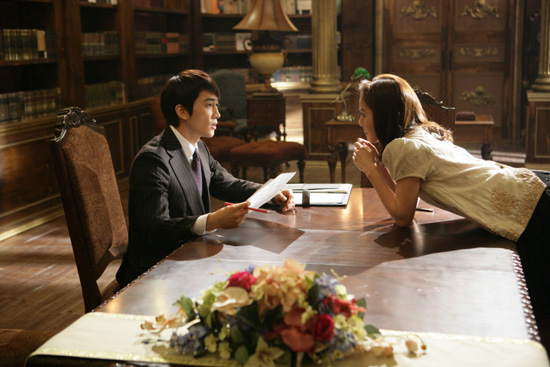 "Song Seung-heon "Scandal with Kim Tae-hee? She is attractive..." prefers Han Ga-in"
by HanCinema is licensed under a Creative Commons Attribution-Share Alike 3.0 Unported License.
Based on a work from this source