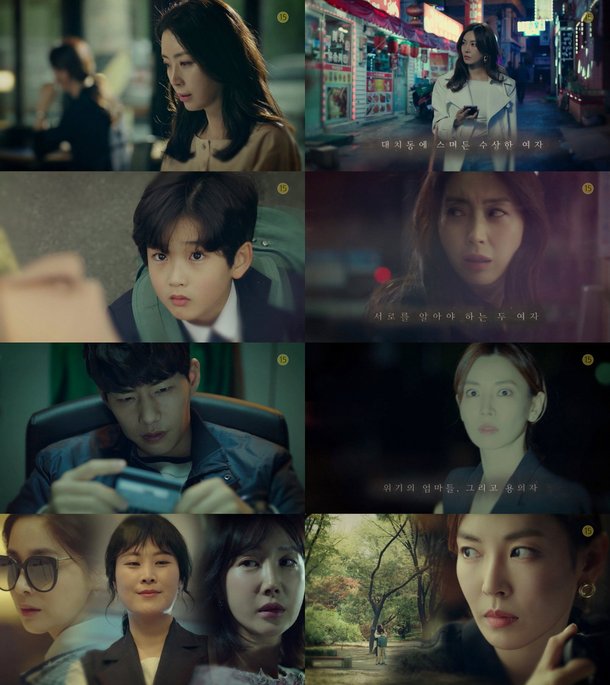 A teaser of Song Yoon-ah and Kim So-yeon are starring in "Secret Mother" was released.

The new SBS weekend drama "Secret Mother" released its second teaser on the 28th. Kim Yoon-jin (Song Yoon-ah) and Kim Eun-yeong/Lisa Kim (Kim So-yeon) are in the same place with different looks on their faces. Kim Eun-yeong begins working as a suspicious babysitter in Daechi-dong while Kim Yoon-jin, Kang Hye-kyeong (Seo Young-hee), Myeong Hwa-sook (Kim Jae-hwa) and Song Ji-ae (Oh Yeon-ah) get involved with something unsavory because of her.

The teaser hints these mothers getting themselves in danger because of a series of events. Ha Jeong-wan (Song Jae-rim), a detective, narrates that 'this woman' might be a suspect and with her appearance, the peaceful Daechi-dong townhouse is in chaos.

Kim Yoon-jin, who hides the fact that she was a doctor from everyone and devotes herself to her son's education, suspects the babysitter who talks big. Meanwhile, Kim Eun-yeong hides her identity and approaches Kim Yoon-jin with intent. Their relationship affects those around them.

"Secret Mother" is a womance thriller about a passionate Gangnam mother who commits herself to her child's education and a suspicious babysitter. The drama begins on the 12th of May.

"Song Yoon-ah and Kim So-yeon in Second Teaser for "Secret Mother""
by HanCinema is licensed under a Creative Commons Attribution-Share Alike 3.0 Unported License.
Based on a work from this source