Song Yoon-ah and Moon Jung-hee in the waiting room 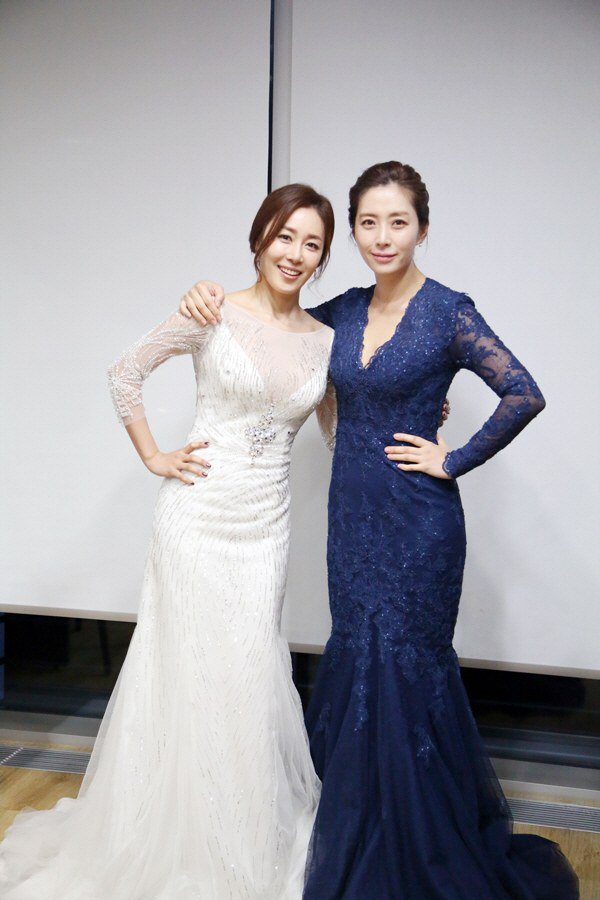 A picture of Song Yoon-ah and Moon Jung-hee in the waiting room was captured.

The two of them are each wearing a mesmerizing dresses, one in blue and one in white.

She cried as she thanked everyone and said, "Moon Jung-hee should've received this prize because if it wasn't for her, then Han S eung-hee wouldn't have existed".

Song Yoon-ah continued to say, "'Mama - Nothing to Fear' was a miracle for me and I am thankful to everyone I worked on it with".

Song Yoon-ah appeared in the MBC drama "Mama - Nothing to Fear" as Han Seung-hee and Moon Jung-hee appeared as Seo Ji-eun.

"Song Yoon-ah and Moon Jung-hee in the waiting room"
by HanCinema is licensed under a Creative Commons Attribution-Share Alike 3.0 Unported License.
Based on a work from this source