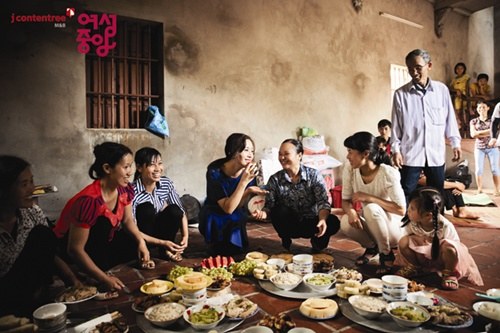 Actress Song Yoon-ah had her first interview since her marriage.

She sat down for an interview with Women's Jungang as she participated in an event visiting the homes of multicultural families.

She said, "I've never had an interview since I got married. This is a major change in just having this interview now. Looking at these Vietnamese women living in Korea, away from home, gives me energy and I think it's time for me to start moving".

Song Yoon-ah felt the heart of a mother and a daughter looking at a Vietnamese women who got internationally married to Korea.

Song Yoon-ah spoke freely about her marriage to Sol Kyung-gu. She said, "I've never had time off since I was in university until I got married so it was stressful in a way but now I feel like an ajumma".

"I am sad sometimes to think that the image of Song Yoon-ah is being erased slowly". 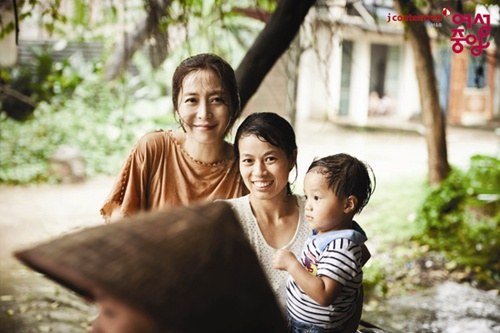 "Song Yoon-ah's first interview since marriage"
by HanCinema is licensed under a Creative Commons Attribution-Share Alike 3.0 Unported License.
Based on a work from this source