Soo Ae: 'I Want to Show a Strong Image' 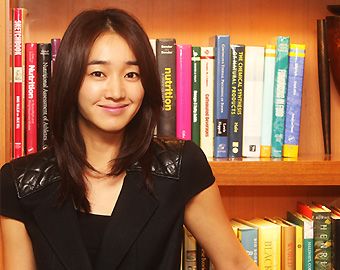 The name of actress Soo Ae has always been followed by words such as "graceful" and "pure". But she does not seem to really like those modifiers according to an interview she gave at a hotel located in Sogongdong on October 14.

Soo Ae said, "I do not want to be defined as a 'graceful' actress even though I suppose I have to appreciate those modifiers. I just began my career as an actress and I still have a long way to go".

In the thriller movie "Midnight FM", which was released on the same day as the interview, Soo Ae plays a radio DJ named Ko Sun Young, who struggles to fight against a psychotic fan to save her own daughter whom he has taken as a hostage.

Soo Ae explained why she had decided to appear in the movie by saying, "I have always wanted to show different images as an actress, and the character Ko Sun Young -- who fights desperately to keep her family safe with a tough demeanor -- looked attractive to me". She added that she had decided to challenge herself not by choosing a thriller movie, but by choosing the role of a strong female character fighting against a villain.

She said that even though she received people's evaluation saying "She looks graceful", she has wanted to become a strong person in spirit, so she had taken roles of characters with a tough will and strong mind such as Empress Myeongseong in the movie "The Sword with No Name". She continued, "What I wanted to show with my appearance in this movie was maternal love and women's strength. I actually pursue a person with 'An iron hand in a velvet glove'."

She reportedly had to go through many difficulties physically and mentally while filming "Midnight FM". From the beginning, she had to act in a situation where she was threatened by the kidnapper, who was played by actor Yoo Ji-tae, while receiving his phone calls in a confined studio. She said, "The confined studio was a very effective setting for a thriller movie, but for me, much more fear swept over me". She had to reveal her feelings without controlling her emotions while acting, but she had been under so much pressure that she had expended tremendous energy while acting. 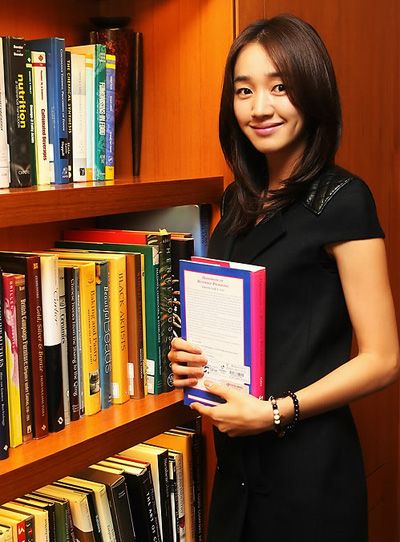 In the latter part of the movie, she fought with the villain facing him directly and the fighting scene was very difficult physically. She said, "I had to run a lot while wearing high-heeled shoes. A staff member suggested I wear slippers or running shoes because the appearance of the radio DJ did not have much importance, but the director was against the idea by saying that if I ran while wearing those comfortable shoes, it would be not enough to explain the desperate feelings inside me. I once noisily fell down while running in high heels".

The movie was released on the day when she came out for the interview. She expressed her anticipation about the movie. She said, "I cannot imagine what the result will be. I wish many people would watch my movie, but the outcome has nothing to do with my wishes".

She recently visited the Pusan International Film Festival accompanying the director Kim Sang-man and actor Yoo Ji-tae to meet the audience in person. She said while smiling, "Whenever I visited the film festival, I had to come back only after participating in the opening ceremony due to the short schedule, but this time, I could meet many audience members directly and I could receive much energy from them. I was not tired at all but I felt happiness during the visit instead".

She introduced herself as an early-morning person who goes to bed early at around ten or eleven o'clock at night and wakes up very early in the morning. She said, "In Pusan, I woke up at half past six and went down to the restaurant to have breakfast, and there was only person in the restaurant. It was Yoo Ji-tae".

During an interview, she revealed her desire to play many different characters many times. She said, "Usually I have received casting suggestions from works that are usually melodramas, but I want to take various roles in different genres".

While she disclosed that she would willingly display a comedic appearance while acting in a comedy, she added, "If I have a chance to appear in a work that I like, I want to try to appear in all those works. I am a greedy person".

Now she is filming the drama "ATHENA", which will begin airing from December. She informed the interviewer that she had to practice for four hours a day before she filmed the fighting scenes and shooting scenes. Until next February, when the broadcasting schedule finishes, she will visit six countries such as Japan, Italy and New Zealand to film the drama.

She said, "The filming is in a beginning stage and I am warming up. The decision to appear in this drama was a new challenge for me. I have to reveal and express a complicated character in it".

"Soo Ae: 'I Want to Show a Strong Image'"
by HanCinema is licensed under a Creative Commons Attribution-Share Alike 3.0 Unported License.
Based on a work from this source