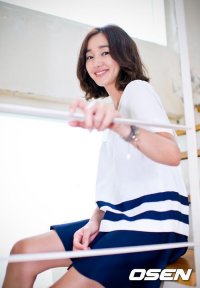 Actress Soo Ae has been cast as a heroine in the upcoming"ATHENA", a spinoff of last year's blockbuster television series "IRIS", according to Taewon Entertainment.

She will play a Double Agent -- both a profiler for the National Anti-Terror Service (NTS) and a special spy for a secret organization. Jung Woo-sung and Cha Seung-won continue as part of the cast. Jeong will take the role of a special agent, while Cha will play a leader of a terrorist group.
The actress is expected to transform her trademark pure and graceful image to play a cold-blooded spy who will perform intense action scenes in the drama.

The new series will begin filming in June, in six countries such as Italy, Switzerland, Singapore, and New Zealand, after the casting of another female protagonist soon.

The highly anticipated drama will feature some of Korea's top stars and another thrilling tale of terrorism, spies and secret agents, equivalent to the original but with a new spin.

"IRIS" scored a big success with its star-studded cast of Lee Byung-hun and Kim Tae-hee and explosive action scenes. The series escalated local drama productions to a new level.

`ATHENA" is scheduled to be aired late this year.