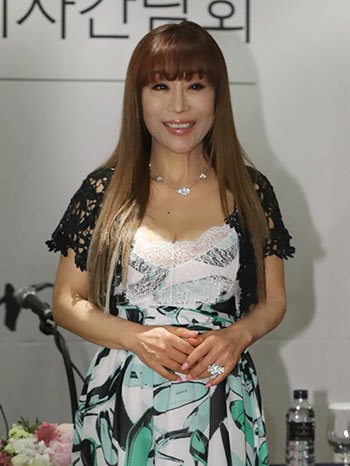 Soprano Sumi Jo poses at a press event for her new album in Seoul on Tuesday. /Newsis

Soprano Sumi Jo has dedicated her new album to a group of people very special to her -- mothers.

At a press event for the release of her album in Seoul on Tuesday, she said the album was inspired by mothers, who provide a kind of warmth that no one else can.

"Initially, I decided to release an album for my mother, who is suffering from dementia, to give her something to help her remember me, but while working on it I realized I should dedicate it to all the mothers in the world", she said.

Jo's mother wanted to become a singer but could not pursue her dream. Instead, she did all she could to ensure that her daughter had the opportunities denied her.

Jo is currently on a tour of several cities here that will wrap up with a concert in Seoul on May 8.