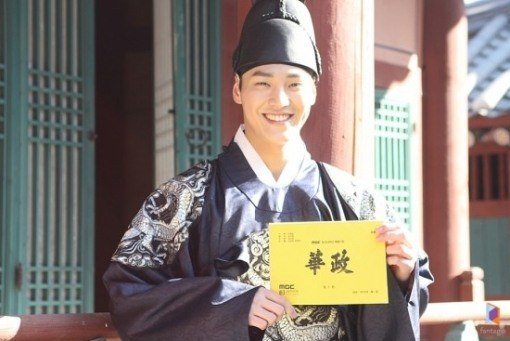 A picture of the actor shows him wearing a dragon robe and smiling brightly towards the camera. He looks as graceful as a prince.

Lee Tae-hwan said, "It's an honor to be the younger version of Cha Seung-won who has always been my role model. It's too bad we don't have any scenes together, but I hope to work with him in the future".

Lee Tae-hwan played Oh Tae-seok in the drama "The King of High School Manners", Kang Soo in "Pride and Prejudice" and is currently active in China as the lead star in a Chinese movie.

Meanwhile, "Splendid Politics" is a historical about the desire and jealousy of humans through many people. The first episode can be seen on the 13th at 10PM.

""Splendid Politics" Lee Tae-hwan, "Honored to be young Cha Seung-won""
by HanCinema is licensed under a Creative Commons Attribution-Share Alike 3.0 Unported License.
Based on a work from this source