"Splendid Politics" will Jung Woong-in and Kim Yeo-jin be the evilest villains of all time? 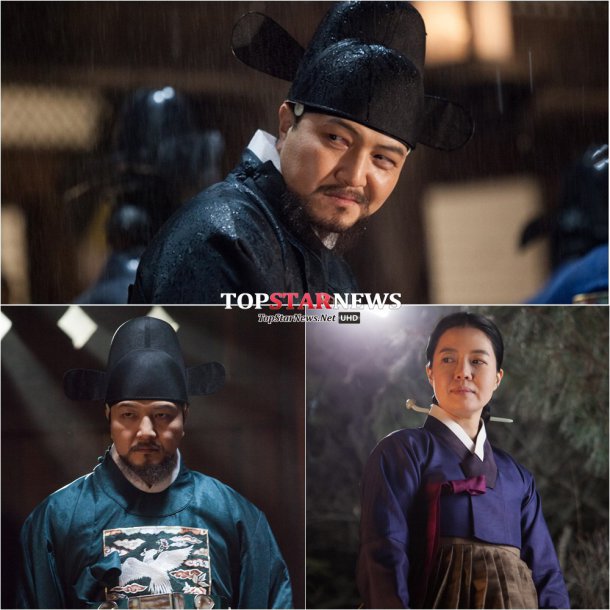 Stills of Jung Woong-in and Kim Yeo-jin have been revealed.

The stills are horrifying pictures of the two from the MBC 54th Anniversary Drama "Splendid Politics".

Jung Woong-in is smiling with cold eyes and gives off the air of cruelty and nastiness. Kim Yeo-jin is expressionless but the ends of her mouth are pointed upwards. Her eyes are sharp as if she's scanning for something. The two of them look alike but different and bring about expectations of the worst villains of all.

The stills were taken on the 2nd over a long period of time. The cold weather didn't stop Jung Woong-in from looking cold and cruel under the dark lights. He acted out the perfect Lee I-cheom and the staff all cheered for him.

Kim Yeo-jin stood in front of a burning house and created a perfect scene at once without a single NG. A real house had to be burnt down for this scene so it was critical that she got an OK at once. She stayed calm and created a great scene.

Kim Jong Hak Production sources say, "The two lived up to the name of 'talent'. They brought an air of anxiety all over the set when it was their turn and "Splendid Politics" is going to be a classic".

Meanwhile, "Hwaejong" is a historical drama about the passion and jealousy of humans towards authority and it's produced by Kim Sang-ho-I and written by Kim I-yeong. The drama will first air in April after "Shine or Go Crazy".

""Splendid Politics" will Jung Woong-in and Kim Yeo-jin be the evilest villains of all time?"
by HanCinema is licensed under a Creative Commons Attribution-Share Alike 3.0 Unported License.
Based on a work from this source