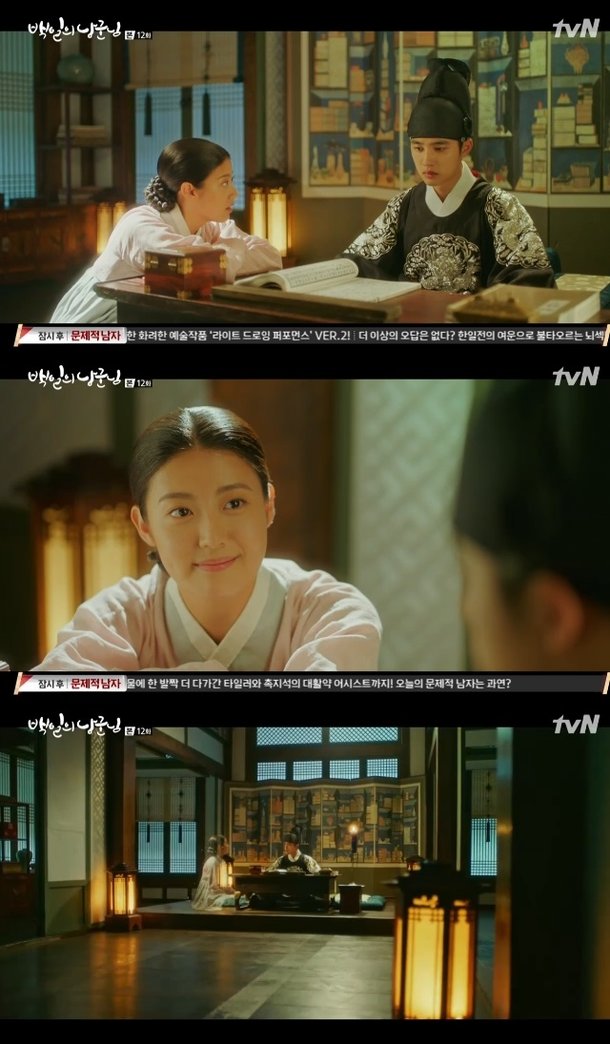 On the latest episode of the tvN drama "100 Days My Prince", Prince Lee Yool (Do Kyung-soo) hallucinated about Hong-sim (Nam Ji-hyun).

Prince Yool returned to the palace without his memory after hearing from Kim Cha-eon (Jo Sung-ha) that the people of Song Joo-hyun may be in danger. Yool saw hallucinations of Hong-sim at the table and in books.

Hong-sim said to Yool, "It's your favorite food Won-deuk. Now you can eat your favorite food as much as you want. Why won't you eat it? Are you complaining about food? Eat up so you get some energy" and "The book is nice. I didn't know you could read so well. I underestimated you. Still, I think my book is better than this".

Hong-sim appeared in front of Yool who was alone at night once again. She asked, "Why won't you look at me? Are you ignoring me? You look great in your king's gown". Yool said, "I am not Won-deuk. It won't help that you appear like this. I can't be with you. I have a queen who I've promised to marry a long time ago and I have a baby coming".

Hong-sim said, "So I want to say goodbye, for the last time". She disappeared and Yool headed to Song Joo-hyun to meet her.

"[Spoiler] "100 Days My Prince" Do Kyung-soo Is Completely Love Sick"
by HanCinema is licensed under a Creative Commons Attribution-Share Alike 3.0 Unported License.
Based on a work from this source