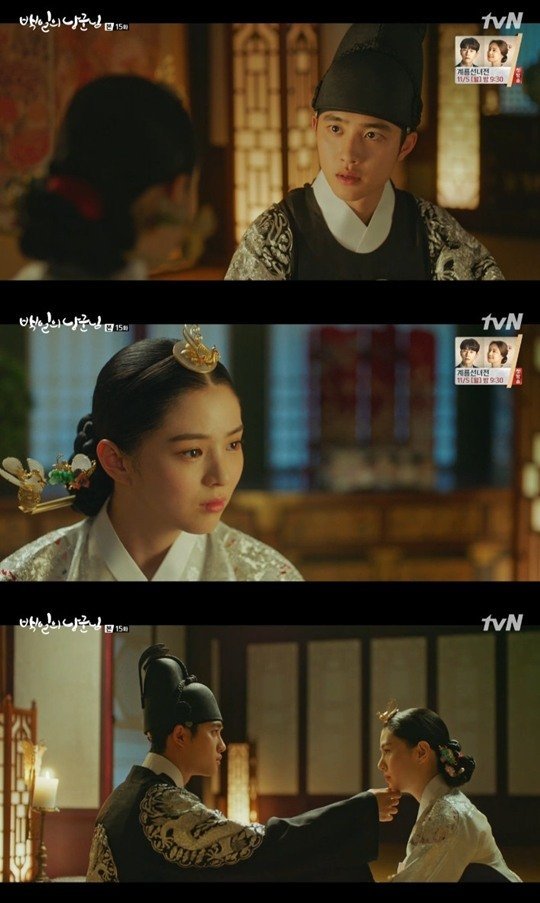 On the latest episode of the tvN drama "100 Days My Prince", the prince (Do Kyung-soo) gave his scheming queen (Han So-hee) a warning.

The prince said, "I can't look at her. While I was away from the palace for 100 days, there is a girl I fell asleep and woke up with. I've grown too fond of her. It's so bad I might not fall asleep again tonight because I miss her".

The queen said, "Why are you telling me this? Are you saying you're going to sneak out at night to see her? You're too mean to someone who is pregnant".

The prince continued, "You are so beautiful and it would have been better if you weren't married to me. Don't be jealous as you're going to become the mother of the country. You don't mind if I embrace another woman. It's not good for the baby".

The queen said to him, "You can't leave to see her. You're father-in-law won't allow it", but the prince said, "I wonder what will happen if he doesn't allow it".

"[Spoiler] "100 Days My Prince" Do Kyung-soo Issues Han So-hee a Warning"
by HanCinema is licensed under a Creative Commons Attribution-Share Alike 3.0 Unported License.
Based on a work from this source