[Spoiler] "100 Days My Prince" Do Kyung-soo Uncovers the Truth 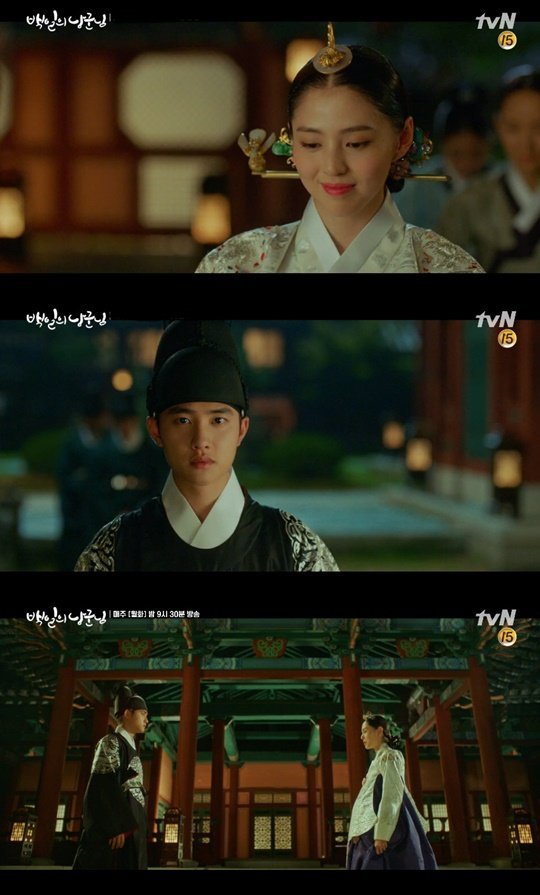 On the latest episode of the tvN drama "100 Days My Prince", Lee Yool (Do Kyung-soo) discovered the truth behind everything that had happened.

Lee Yool found two diaries in separate places. He read them and learned that Kim Cha-eon (Jo Sung-ha) had tried to kill him because of Queen Kim So-hye's (Han So-hee) unjustifiable pregnancy.

Lee Yool was furious and said, "My queen's father and my father-in-law, the man I never doubted, was my enemy. He tried to kill me to cover up a secret I had unearthed. The secret was that the queen had become pregnant with someone else's baby".

Lee Yool met Kim So-hye. They happened to be headed to each other. Lee Yool smiled creepily and said, "I am going to spend the longest time with you tonight".

"[Spoiler] "100 Days My Prince" Do Kyung-soo Uncovers the Truth"
by HanCinema is licensed under a Creative Commons Attribution-Share Alike 3.0 Unported License.
Based on a work from this source