[Spoiler] "100 Days My Prince" Has Do Kyung-soo's Memory Returned? 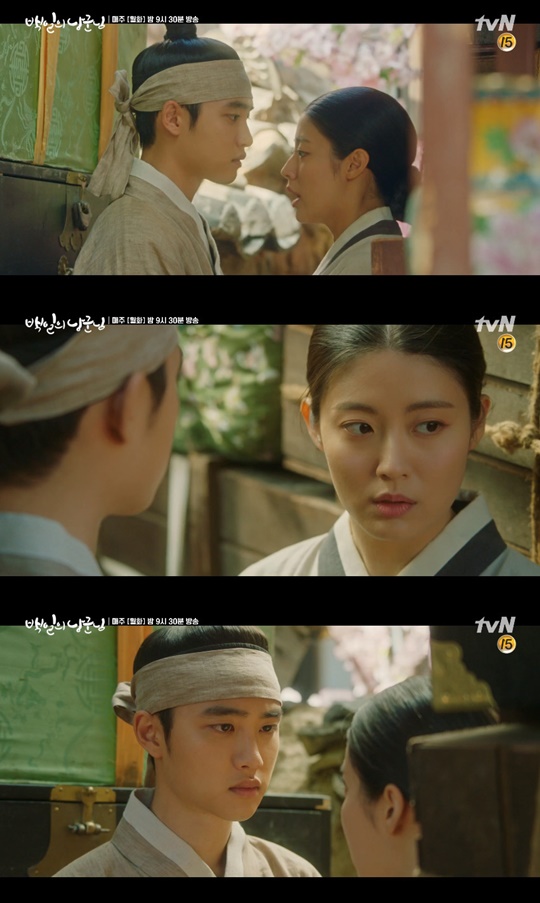 On the latest episode of the tvN drama "100 Days My Prince", Won-deuk (Do Kyung-soo) and Hong-sim (Nam Ji-hyun) hid themselves after meeting the loan sharks.

Knowing that Won-deuk is literate, Hong-sim attempted to get him a job that paid a lot for a single book. He wrote many books and made a lot of money. Hong-sim said, "This is the first time I've seen so much money".

However, they met loan sharks on the way home. Hong-sim pulled Won-deuk away and hid themselves. She told him they were dangerous people and he had to be careful.

They were pushed against each other in a small space and Won-deuk was uncomfortable. She apologized and let go of the hand that she was holding him with, but he said, "Things have just become uncomfortable. I think I have my memory back".

"[Spoiler] "100 Days My Prince" Has Do Kyung-soo's Memory Returned?"
by HanCinema is licensed under a Creative Commons Attribution-Share Alike 3.0 Unported License.
Based on a work from this source