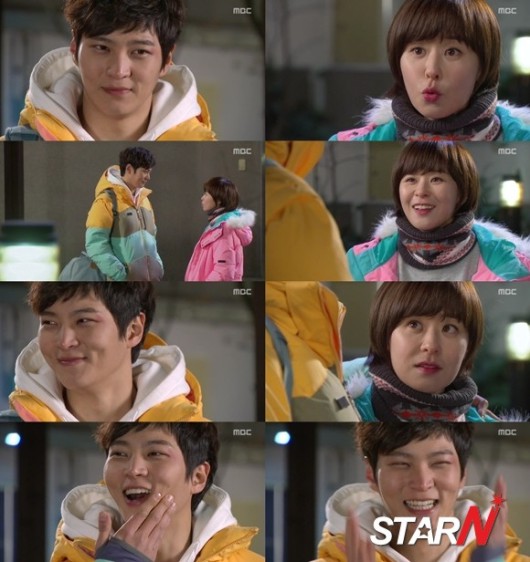 Han Gil-ro (Joo Won) and Kim Seo-won (Choi Kang-hee) expressed their emotions for each other as much as they could.

Gil-ro asked if he could come into her house as he sent her home one evening.

But she said, "No. Our mission half succeeded, you're back and I feel really good".

Gil-ro said, "If you're feeling good then why?" She answered, "Because I feel too good. I don't think I would want to let you go".

Gil-ro felt happy and said, "Let's be honest to our instincts". Seo-won kissed him on the cheek as she said, "You be honest to your missions".

"[Spoiler] "7th Grade Civil Servant" Joo Won charms Choi Kang-hee"
by HanCinema is licensed under a Creative Commons Attribution-Share Alike 3.0 Unported License.
Based on a work from this source