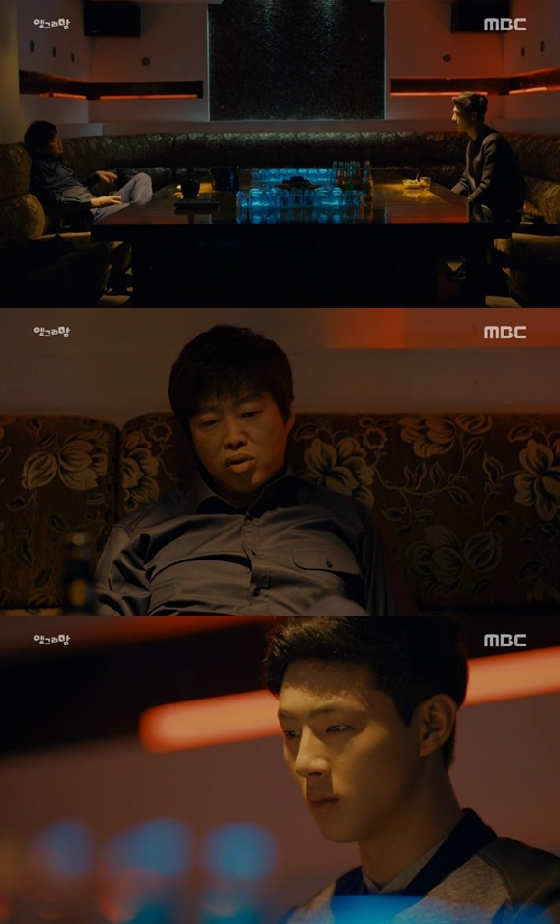 Prior to the conversation between them, Do Jeong-woo (Kim Tae-hoon) ordered Ahn Dong-chil to kill Jin I-kyeong (Yoon Ye-joo), who was in the underage paid sex relationship with him.

Ahn Dong-chil decided to have Go Bok-dong to take care of the matter, who was in the same class with Jin I-kyeong.

Go Bok-dong said, "You don't have go that extreme because Jin I-kyeong is a scaredy-cat".

Ahn Dong-chil said "Thinking is done by the upper hand. We do the things as ordered".

He also said, "Kids kill themselves often these days. If we fake her death as suicide due to school violence, it won't be a problem. The world is lenient with minors. If youth justice law is applied, it'll be only two years for you. This is the first test for you to get in to this world".

"[Spoiler] 'Angry Mom' Ahn Dong-chil orders Go Bok-dong to kill Jin I-kyeong"
by HanCinema is licensed under a Creative Commons Attribution-Share Alike 3.0 Unported License.
Based on a work from this source