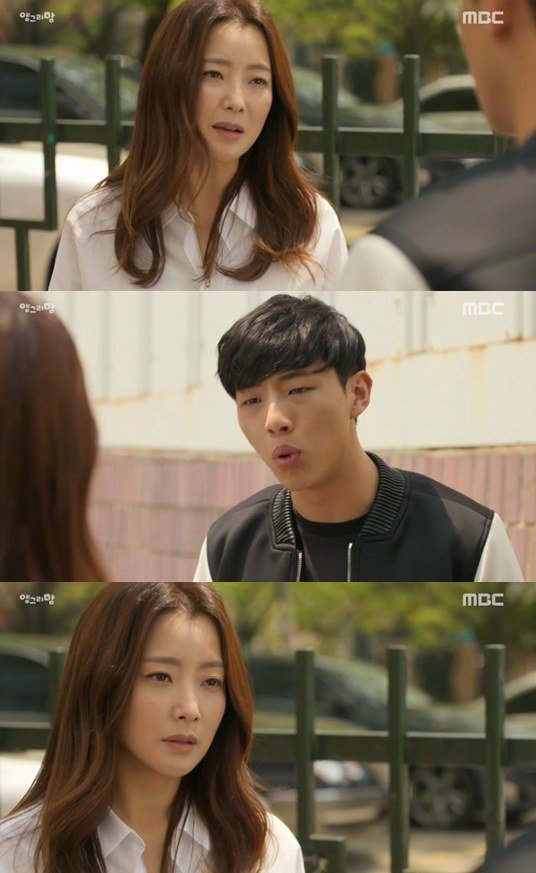 On the 12th episode of MBC Wednesday & Thursday drama, "Angry Mom", Jo Kang-ja (Kim Hee-sun), Park No-ah (Ji Hyun-woo) and others were pulling together in order to make Kang Soo-chan (Park Geun-hyung), Hong Sang-bok (Park Young-gyu), and Do Jeong-woo (Kim Tae-hoon) to get punished for what they had done.

As this was going on, Go Bok-dong (Ji Soo), who liked Jo Kang-ja, became worried about her safety and informed her about how scary and powerful the people, whom Ahn Dong-chil (Kim Hee-won)' had been serving for, could get.

Bok-dong said, "Ajumma, you can die acting this way. You will actually get killed doing strange things like this" and "Jin I-kyeong (Yoon Ye-joo), she got killed actually. Do Jeong-woo pushed her off the rooftop".