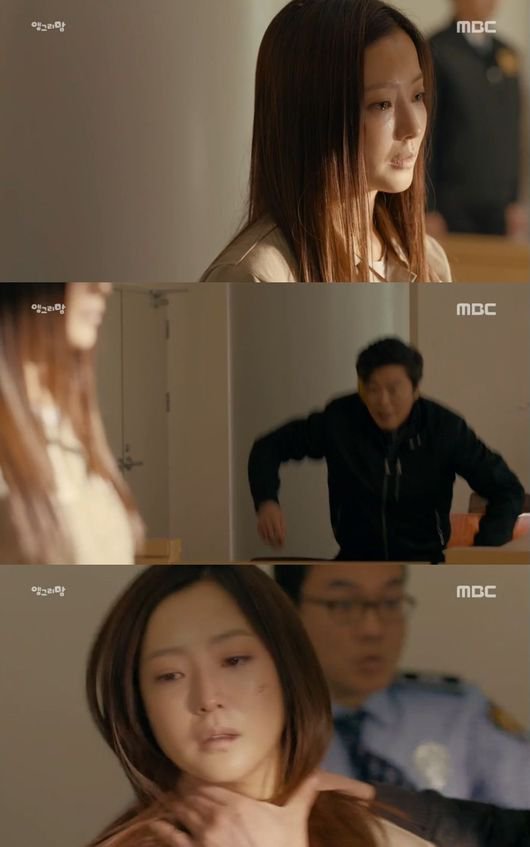 On the March 25th episode of MBC's Wednesday & Thursday drama, "Angry Mom", it showed what happened in the past between Jo Kang-ja (Kim Hee-sun) and Ahn Dong-chil (Kim Hee-won) through flashback scenes.

Jo Kang-ja (Kim Hee-won) and Dong-chil's younger brother were in relationship in the past. Dong-chil did not like the fact his brother was seeing Kang-ja, who was an Iljin member. And he threatened Kang-ja. Kang-ja aimed a knife at Dong-chil as she was threatened. In-beom was stabbed by the knife accidentally while he was trying to stop the two.

The ending scene of the episode also showed Jo Kang-ja's flashback. She was standing in court and there was a trial going on for the death case of In-beom. As she was a minor at the time and the murder was not the case of willful murder, she was not sentenced to any of major punishment. Ahn Dong-chil charged into the court and cried at Jo Kang-ja, "You killed my brother".

"Angry Mom" is a drama where a young mother, who once was a delinquent during her school years, goes back to school as a student and copes with the dark side of Korean education. Kim Hee-sun, Ji Hyun-woo, Kim Yoo-jung, Kim Tae-hoon, Oh Yoon-ah, Baro, and Park Soo-ah star in the drama.