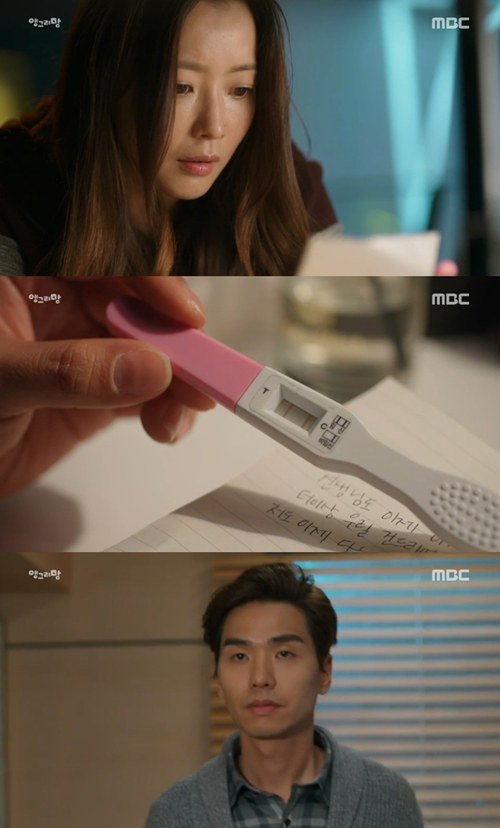 Jo Kang-ja heard from Oh Ah-ran about the relationship between Do Jeong-woo and Jin I-kyeong and started to investigate to uncover the truth behind Do Jeong-woo. Jo Kang-ja finally decided to go to Do Jeong-woo's house late at night and to find the evidences in his house while she would pretend she was there to seduce him.

Jo Kang-ja visited Do Jeong-woo's house and asked her friend Han Gong-joo (Go Soo-hee) to damage Do Jeong-woo's car so she could earn some more time. Jo Kang-ja searched around in the house while Do Jeong-woo went out shortly. She finally could find a note and a pregnancy tester. It was the note Jin I-kyeong had given to Do Jeong-woo before she got killed, It said, "By the time you read this note, you'll have figured it out. Try one more time to bother us. We are not going to suffer any longer". The pregnancy tester showed two lines indicating positive.

Jo Kang-ja was deeply shocked by Do Jeong-woo's true identity.

"[Spoiler] 'Angry Mom' Kim Hee-sun to find out the true identity of Kim Tae-hoon"
by HanCinema is licensed under a Creative Commons Attribution-Share Alike 3.0 Unported License.
Based on a work from this source