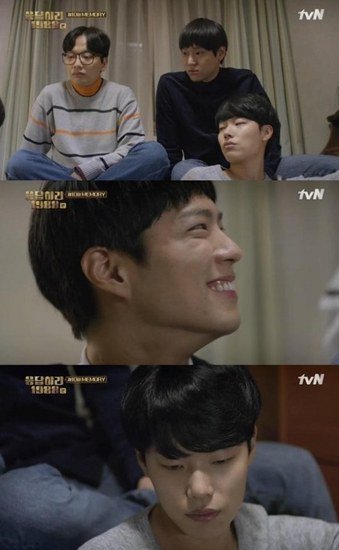 On the tenth episode of the tvN drama "Answer Me 1988", Taek told Deok-seon how he felt about her.

Taek smiled big and Dong-yool asked Taek if he liked Deok-seon as soon as she went to the bathroom.

Taek said, "Yes I do. Not as a friend, but as a woman". Jeong-hwan (Ryu Jun-yeol) seemed bitter.

"[Spoiler] "Answer Me 1988" Park Bo-gum tells Hye-ri, "I like you as a woman""
by HanCinema is licensed under a Creative Commons Attribution-Share Alike 3.0 Unported License.
Based on a work from this source