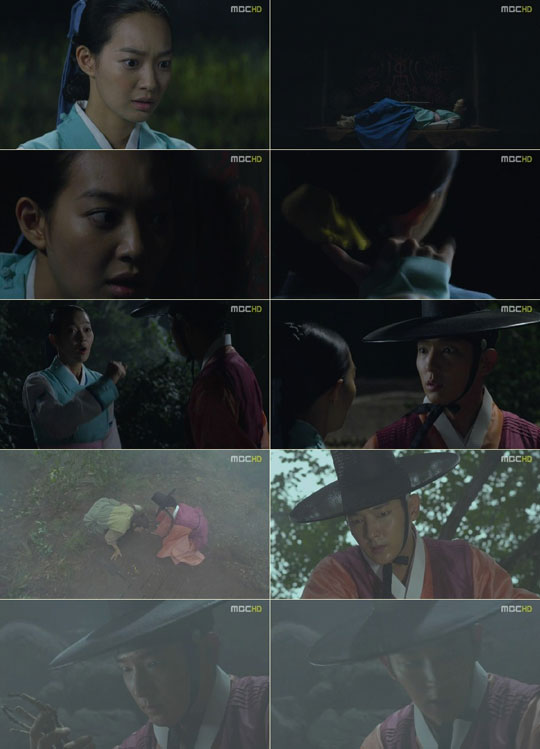 Tension was added to "Arang and the Magistrate" as more clues were found.

On the sixth episode of the MBC drama "Arang and the Magistrate" on the 30th, Eun-oh (Lee Joon-gi) visited the site where Arang (Shin Min-ah) laid after she was killed and found his mother's hairpin and a heap of skeleton's by the well.

This was a certain clue to Arang's death and proved this was closely related to his mother, Lee Seo-rim's death.

Arang also had doubt about what happened the night before and she had the feeling that she might return as the memory of Lee Seo-rim when she went to the site of her death.

Arang laid down on the spot where she was. Nothing seemed to happen but when she got up, she remembered things as Lee Seo-rim.

However, Arang was confused as she didn't see the face of the woman with the hair pin. Clues are turning up one by one but difficult to put together and Eun-oh went into state of confusion as well.

"[Spoiler] "Arang and the Magistrate" Shin Min-ah used up 17 days"
by HanCinema is licensed under a Creative Commons Attribution-Share Alike 3.0 Unported License.
Based on a work from this source