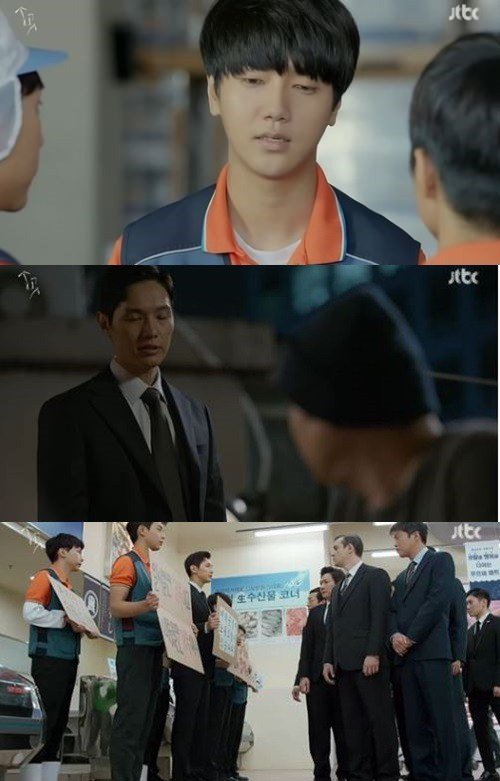 On the fourth episode of the JTBC weekend drama "Awl", Lee Soo-in (Ji Hyun-woo) and Goo Go-sin (Ahn Nae-sang) started to fight with Prumi Mart regarding the firing of Hwang Joon-cheol (Yesung).

Hwang Joon-cheol was framed for taking table money from partnering companies and was going to get fired by Chief Heo (Jo Jae-ryong), so he quit himself.

However, Goo Go-sin convinced them to fight with the company the right way. Lee Soo-in mastered the rules of employment and started an official battle.

A disciplinary committee was held for Hwang Joon-cheol who told Lee Soo-in, "Don't worry, we did our best".

Meanwhile, "Awl" is the story of Prumi Mart employees who are fired unfairly from their posts and get together to fight for the unjust.

"[Spoiler] "Awl" Lee Soo-in and Prumi Mart battle"
by HanCinema is licensed under a Creative Commons Attribution-Share Alike 3.0 Unported License.
Based on a work from this source