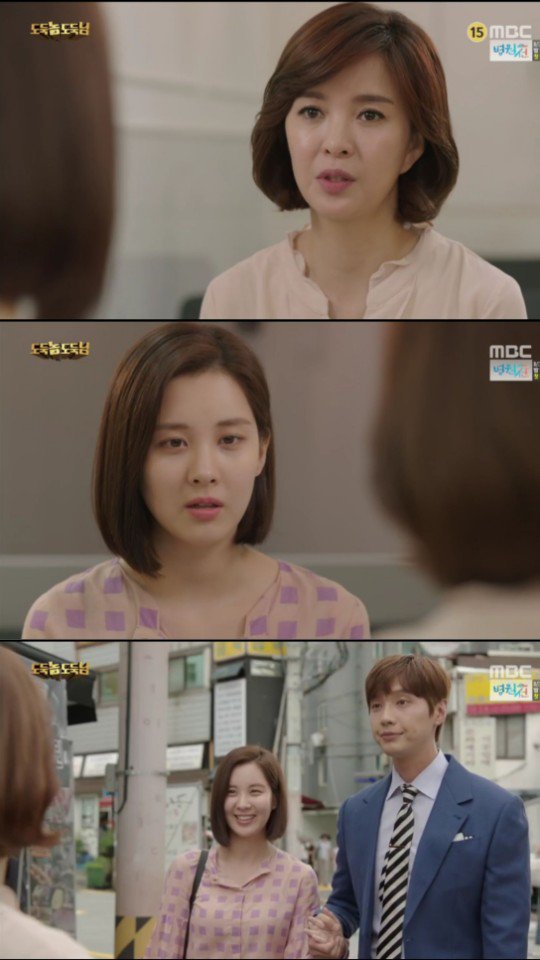 Min Hae-won introduced herself as someone who received help from Kang So-joo's father. Min Hae-won asked, "I heard Detective Kang was murdered. How did that happen?" However, Kang So-joo told her it was too painful to tell.

Min Hae-won said, "Your father was a great man". Kang So-joo smiled slightly and said, "Thank you. I used to be very embarrassed of my father because he was a corrupt detective". Min Hae-won then told her, "Thank you for having grown up so sweetly even after he's gone. Please call me if there's anything I can do for you. I want to be your guardian".

As she was leaving, Min Hae-won ran into Jang Deul-mok (Ji Hyun-woo) not knowing that he is her son and said to him, "So-joo is so pretty but why are you still just friends?" Jang Deul-mok replied, "Friends can do whatever we want".

"[Spoiler] "Bad Thief, Good Thief" Ji Hyun-woo and Shin Eun-jung meet at last "
by HanCinema is licensed under a Creative Commons Attribution-Share Alike 3.0 Unported License.
Based on a work from this source