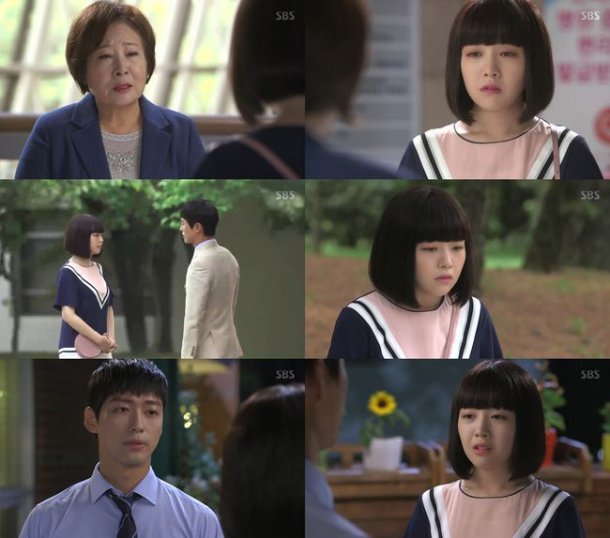 On the episode of the SBS drama "Beautiful Gong Shim" on the 10th, Dante and Joon-soo held hands. Joon-soo decided to stop Tae-cheol from doing more bad things and told Dante he would help.

Joon-soo lied to Tae-cheol and said, "I know my mom's involved with Joon-pyo's kidnap. I will cooperate with you". Tae-cheol was happy and planned to get rid of Dante. Dante took a toothbrush from Tae-cheol's room and said, "I am going to test the DNA with the DNA from Joon-pyo's clothes".

However, Dante knew Joon-soo would take a fake piece of clothing.

Gong-shim's father found out his daughter and Dante were dating and teased them. Gong-shim went to the hospital where his father was to take him something he left behind and overheard Soon-cheon and Dante talking. She heard about Dante's secret at birth.

In the evening, she met Dante and said, "It would have been nice if you told me this before. I think I need to sleep on it". The next day they ran into each other outside and Dante asked her to go to work with him but Gong-shim turned him down.

Meanwhile, Dante called his friends and made it look like his father came around and Joon-soo told Tae-cheol this. Tae-cheol came running to the hospital to hurt Dante's father.

"[Spoiler] "Beautiful Gong Shim" Bang Minah keeps her distance from Namgoong Min"
by HanCinema is licensed under a Creative Commons Attribution-Share Alike 3.0 Unported License.
Based on a work from this source