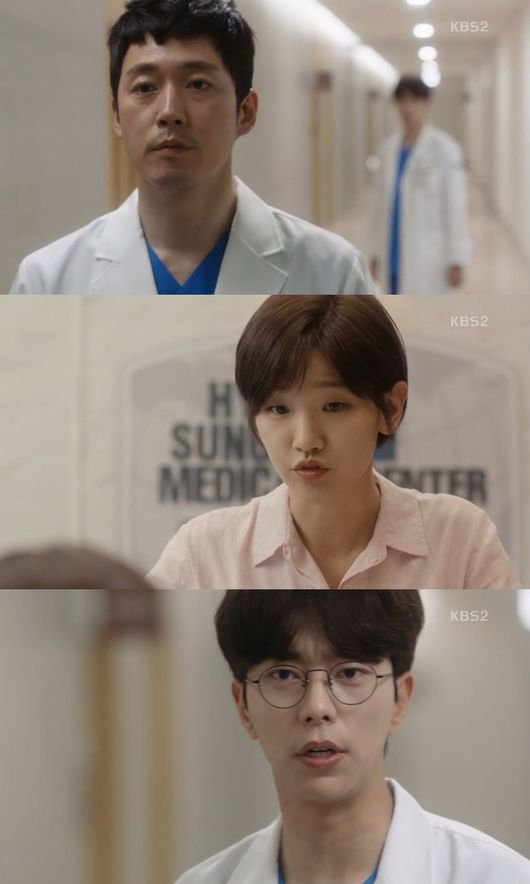 As soon as Lee Yeong-oh begun his first day at the hospital where he was newly hired, he started making big issues. Frist of all, Lee Yeong-oh predicted in front of many doctors that one of the presidential candidates, Kim Myeong-soo (Ryu Seung-soo)'s health was under critical condition due to an aneurysm in the brain as soon as he saw Kim Myung-soo-I.

Meanwhile, when a traffic police officer, Gye Jin-seong (Park So-dam) happened to witness a hit and run, she sensed that it was not just an accidental hit and run. The victim of the traffic accident was transferred to the Hyeonseong Hospital, Lee Yeong-oh refused to do the surgery for the reasons there was high chance for brain death.

However, cardiothoracic surgeon Hyeon Seok-joo (Yoon Hyun-min) persuaded the hospital to go for the operation and the cooperative surgery between cardiothoracic department and neurosurgery was performed. However, the patient died despite Hyeon Seok-joo's desperate efforts.

Hyeon Seok-joo suspected Lee Yeong-oh for the death of the patience. The video recording was deleted and also Lee Yeong-oh even could predict the prognosis of the surgery correctly beforehand. After investigation, Gye Jin-seong found out that Lee Yeong-oh exchanged the corpse with someone else's.

Lee Yeong-oh was quite different from the doctors whom drama fans been seeing in the previous medical shows. In order to put the surgery on live broadcast, Lee Yeong-oh threatened Kim Myeong-soo using his previous history of abusing drug. Lee Yeong-oh also had ignored an urgent request for medical attention for a patient on his flight before he came to the Hyeonseong Hospital.

"[Spoiler] 'Beautiful Mind' Jang Hyuk returns to small screen as an obnoxious doctor "
by HanCinema is licensed under a Creative Commons Attribution-Share Alike 3.0 Unported License.
Based on a work from this source