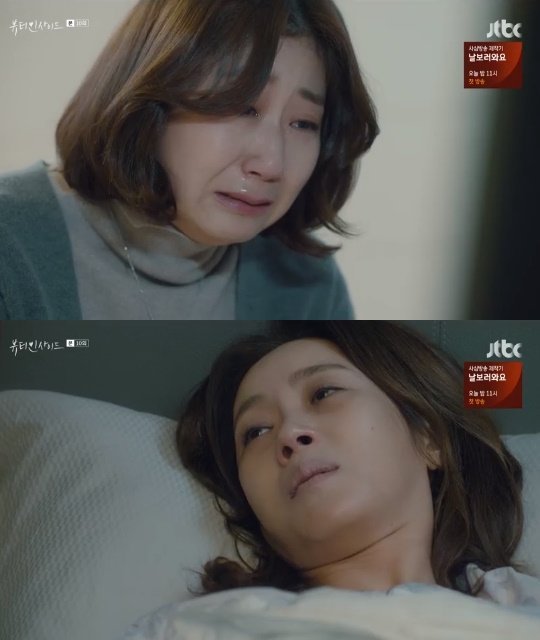 On the latest episode of the JTBC drama "Beauty Inside - Drama", Han Se-gye cried because her mother Han Sook-hee (Kim Hee-jung-II) was sick.

Han Sook-hee met her daughter's boyfriend Seo Do-jae (Lee Min-ki). She packed a huge lunch and took it to him at his office, asking him to take care of Se-gye.

She had pancreatic cancer. Han Se-gye found out later on. Her mother had less than a 10% chance to survive and had about a month to live. Han Se-gye was devastated. She regretted not answering her mother's phone calls.

Han Se-gye turned into Ra Mi-ran and watched her mother die. Han Se-gye said, "Mom, you need to see my face before you go" and Han Sook-hee said, "I can see you even when I close my eyes".

"[Spoiler] "Beauty Inside - Drama" Seo Hyun-jin's Mother Dies"
by HanCinema is licensed under a Creative Commons Attribution-Share Alike 3.0 Unported License.
Based on a work from this source