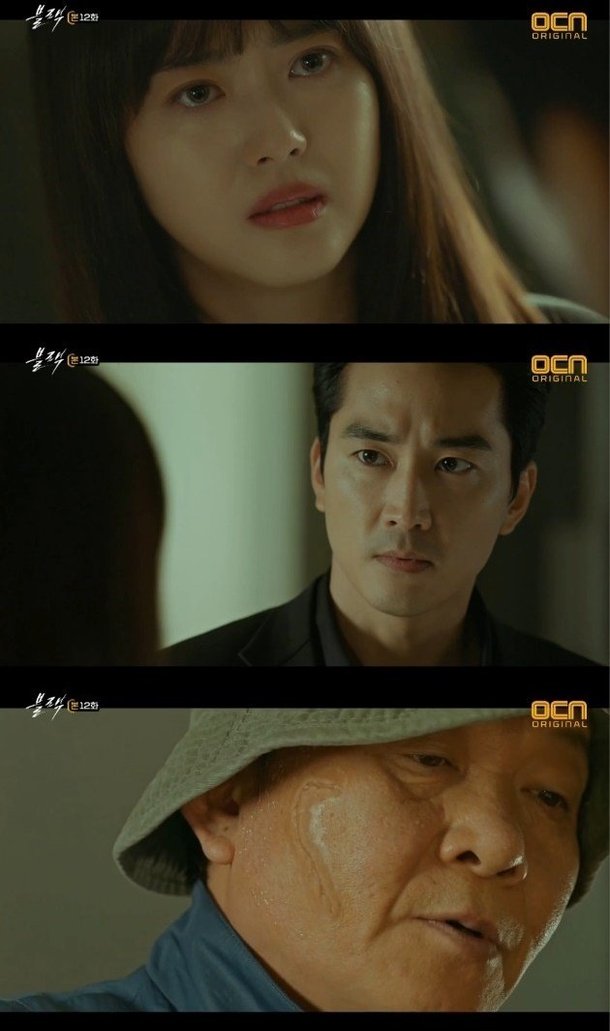 Black met Han Moo-chan's mother. She said she thought Han Moo-chan had been murdered, due to the bomb shell he had possessed when he was young.

Later, Black guessed the site of the Moojin fire and the murder of Lee Mi-so had something in common; Wang Yeong-choon. Kang Ha-ram knew he was still alive and went after him.

Black found out she went after him and followed her. However, all he found was her blood. The large amount made it hard to believe she was still alive.

"[Spoiler] "Black" Go Ara disappears "
by HanCinema is licensed under a Creative Commons Attribution-Share Alike 3.0 Unported License.
Based on a work from this source