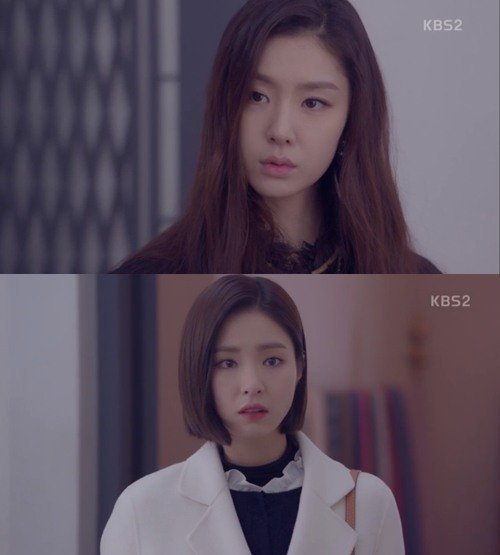 She tried to kill Moon Soo-ho (Kim Rae-won) twice, but failed. Jang Baek-hee (Jang Mi-hee) asked her where she went without her knowing and Sharon feigned ignorance and said, "I was at the store and I saw the cleaning was done. Was there a call from the hospital?" Jang Baek-hee asked, "Why do you want to know? You're leaving anyway. He's not someone you can harm. If you do anything to Moon Soo-ho (Kim Rae-won) again, I'll tell the police".

However, Moon Soo-ho happened to overhear and asked, "Is that why I can't remember why I shouldn't remember what happened yesterday? Sharon, don't think about running away. You've lived over 200 years and you know how to do magic so you don't need this to go wherever you want". He ripped Sharon's passport.

Jung Hae-ra (Shin Se-kyung) came to see Jang Baek-hee and asked, "Did you stab him last night? You know something don't you?" They took Sharon to the police station and on the way, Sharon said, "I've made your wedding clothes, so I can die now. I still don't know what I've done wrong" and attempted to jump off the Han River Bridge.

Jung Hae-ra was shocked and said, "I wish the police find her. Am I dreaming? Did you see the same thing I did?" to Moon Soo-ho who comforted her. "Don't think about it, they will find her". Jang Baek-hee told them, "She might as well be dead so she can't bother your lives anymore. She jumped a couple of times more in the past but she came back 30, 50 years later".

"[Spoiler] "Black Knight" Seo Ji-hye Attempts Suicide"
by HanCinema is licensed under a Creative Commons Attribution-Share Alike 3.0 Unported License.
Based on a work from this source