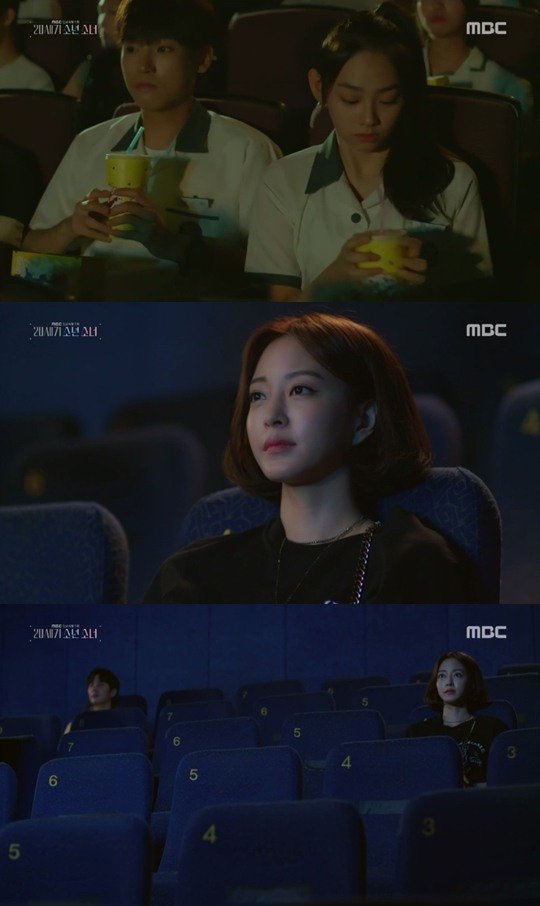 Han Ye-seul and Kim Ji-suk watched a movie in the same place on the latest episode of the MBC drama "Boy and Girl From the 20th Century".

In the present, when she heard on the radio that "Love Letter" was re-released, Sa Jin-jin decided to head to the theater alone to watch the film. Behind her in the same theater sat Gong Ji-won who also reminisced about the past.

Sa Jin-jin had mentioned on a TV show, "I think it's the beginning of love when two people go to the movies".

"[Spoiler] "Boy and Girl From the 20th Century" Han Ye-seul and Kim Ji-suk"
by HanCinema is licensed under a Creative Commons Attribution-Share Alike 3.0 Unported License.
Based on a work from this source