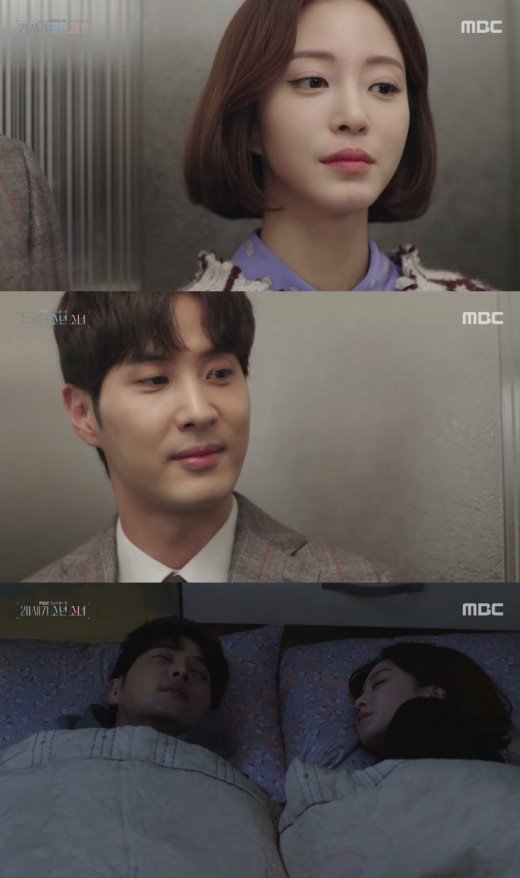 On the latest episode of the MBC drama "Boy and Girl From the 20th Century", Jin-jin (Han Ye-seul) had a hard time because of Ho-seong (Kim Jung-hwa) and Ji-won (Kim Ji-suk) comforted her.

Ho-seong had left home to follow love and refused to let Jin-jin take her back home. Jin-jin said, "Mom is sick because of you. Just disappear so that mom doesn't look for you". Ho-seong merely listened.

Ji-won told Jin-jin, "Think about it tomorrow if it's too much. It'll be alright". To Jin-jin, Ji-won was the cure for her stress.

Two friends of hers also came along to comfort her. Ji-won gave Jin-jin and her friends some blankets and said, "You have nice friends who bring you food to eat".

While Mi-kyeong was in the hospital, Ho-seong went to see her. It was a touching reunion of mother and daughter. Mi-kyeong just held her daughter close and they both cried quietly.

Jin-jin watched from outside with Ji-won beside her.

"[Spoiler] "Boy and Girl From the 20th Century" Han Ye-seul and Kim Ji-suk become loving couple"
by HanCinema is licensed under a Creative Commons Attribution-Share Alike 3.0 Unported License.
Based on a work from this source