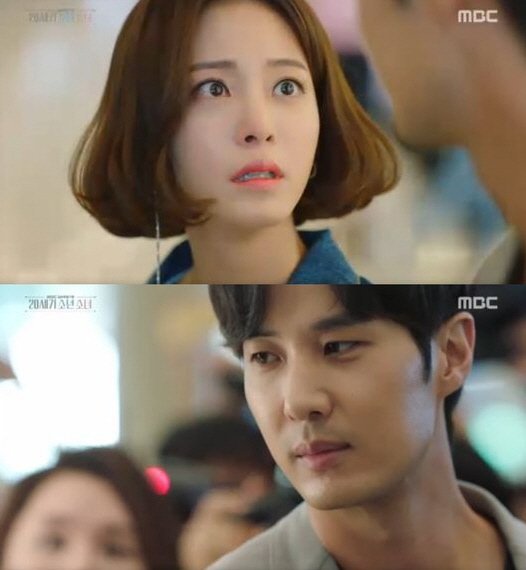 On the latest episode of the MBC drama "Boy and Girl From the 20th Century", Sa Jin-jin (Han Ye-seul) was ensnared in a sex scandal.

While she was in Hong Kong, a sex video had been leaked. The moment she returned to Korea, a huge crowd of reporters surrounded her.

The reporters asked her if that was her in the video and Sa Jin-jin was having trouble escaping without a manager.

Just then, Gong Ji-won (Kim Ji-seok) appeared and grabbed her hand, pulling her through the crowd and away from the mess.

"[Spoiler] "Boy and Girl From the 20th Century" Kim Ji-suk saves Han Ye-seul "
by HanCinema is licensed under a Creative Commons Attribution-Share Alike 3.0 Unported License.
Based on a work from this source