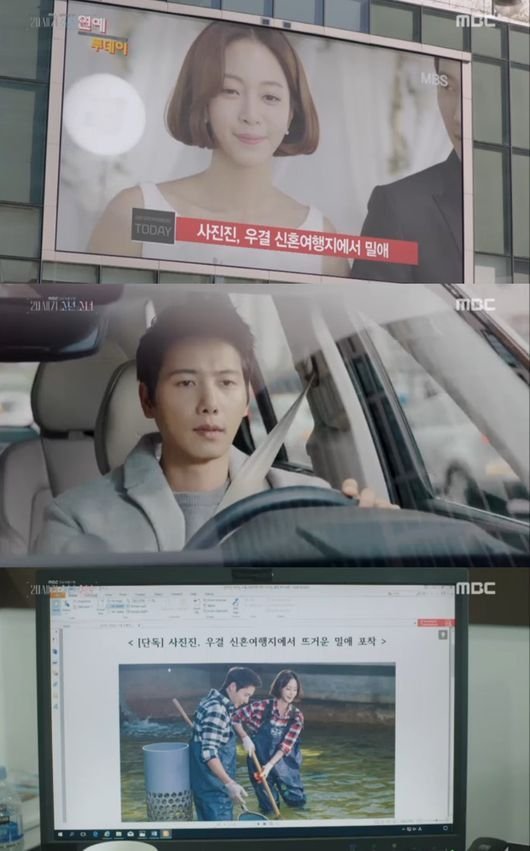 On the latest episode of the MBC drama "Boy and Girl From the 20th Century", Anthony (Lee Sang-woo) paid for Sa Jin-jin (Han Ye-seul) and Gong Ji-won's (Kim Ji-suk) scandal to be stopped.

Reports titled, "Honeymoon affair" came up online and everyone was nervous.

However, the reporter placed a picture of Sa Jin-jin with Anthony from the TV show and stopped things going viral.

It turned out, the reporter had sold the picture to Anthony for a 100 times more than what he paid.

"[Spoiler] "Boy and Girl From the 20th Century" Lee Sang-woo pays 50 million to stop scandal"
by HanCinema is licensed under a Creative Commons Attribution-Share Alike 3.0 Unported License.
Based on a work from this source