[Spoiler] "Boy and Girl From the 20th Century" Will Han Ye-seul and Kim Ji-seok get married? 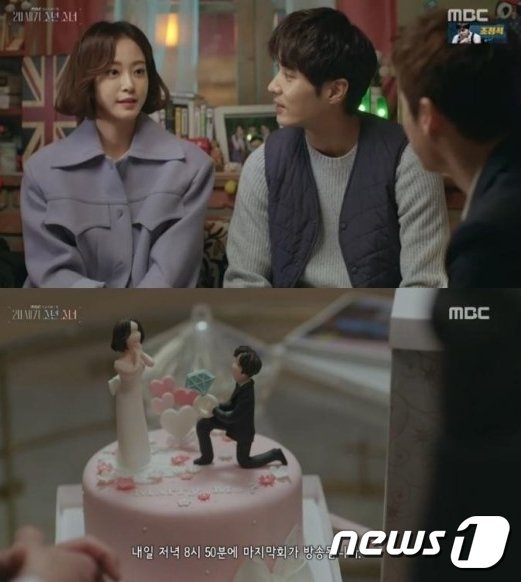 On the latest episode of the MBC drama "Boy and Girl From the 20th Century", Sa Jin-jin (Han Ye-seul) and Gong Ji-won (Kim Jis-suk) dated in secret.

Kang Kyeong-seok (Oh Sang-jin) asked the couple if they were just friends and Ji-won agreed that they were for the sake of his top star girlfriend.

However, it upset Jin-jin that they couldn't be honest about being together. In the end, Jin-jin told a drunk Kyeong-seok that they were seeing each other.

Jin-jin bought Ji-won a pair of shoes as a present and made him lunch. However, Ji-won was nervous to hear that his ex-girlfriend Bella, who he almost married, was back in Korea.

Later, when a scandal broke out, Ji-won asked Jin-jin to marry him.

"[Spoiler] "Boy and Girl From the 20th Century" Will Han Ye-seul and Kim Ji-seok get married?"
by HanCinema is licensed under a Creative Commons Attribution-Share Alike 3.0 Unported License.
Based on a work from this source