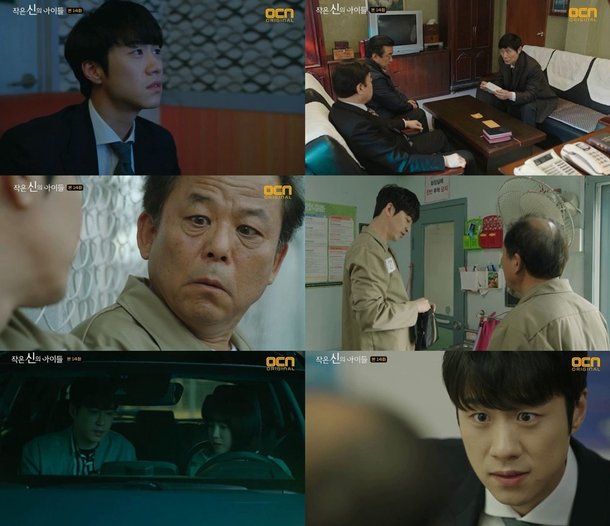 Then he realized that Jae-in (Kang Ji-hwan) went into lock-up on purpose after seeing someone suspicious in the video.

Jae-in was released from lock-up after he installed some hearing devices in the reception room to find out where the secret documents were.

With the appearance of a competition that threatened Gook Han-joo's candidacy, Wang Mok-sa said, "It's time to set the plan in motion".

"[Spoiler] "Children of a Lesser God" Kang Ji-hwan Intentially Goes Into Lock-up"
by HanCinema is licensed under a Creative Commons Attribution-Share Alike 3.0 Unported License.
Based on a work from this source