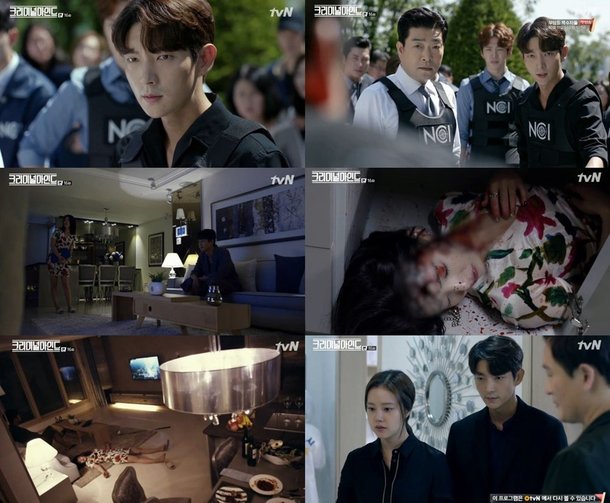 On the latest episode of the tvN drama "Criminal Minds", the ghost murderer who killed on behalf of the law was caught.

Then, a new case appeared amongst the homeless. A killer brought a woman to a model house and pretended it was his He then ate dinner and poisoned her. Afterwards, he hit her with a gold club in the head until she died.

Hyeon-joon (Lee Joon-gi) and Seon-woo (Moon Chae-won) sussed out the clues and tracked down the killer.

"[Spoiler] "Criminal Minds" Moon Chae-won and Lee Joon-gi after the model house murderer "
by HanCinema is licensed under a Creative Commons Attribution-Share Alike 3.0 Unported License.
Based on a work from this source