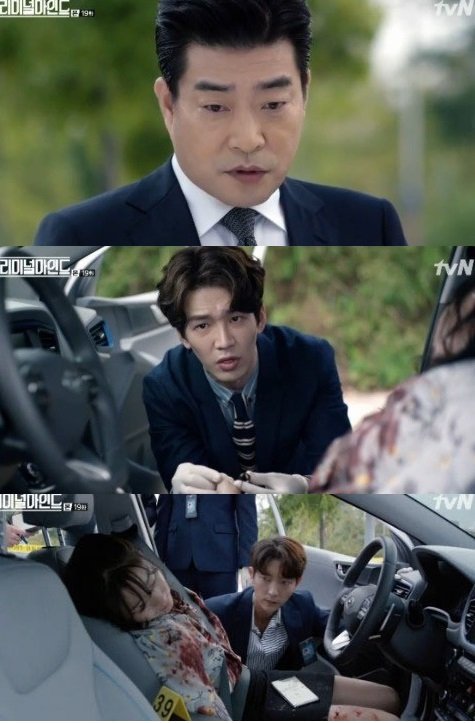 It's war with Kim Won-hae.

On the latest episode of the tvN drama "Criminal Minds", NCI started investigating a murder that copied the techniques of serial killer the Reaper (Kim Won-hae).

The murders copied his signature. The victim was a college student who died while helping the killer who pretended to be handicapped.

Kang Ki-hyeong (Son Hyun-joo) said, "It's the same patter". Kang Ki-hyeong and Kim Hyeon-joon (Lee Joon-gi) thought about the Reaper and Hyeon-joon realized it wasn't just a copy murder. He noticed the Reaper's signature, which was that he gave the belongings of his last victim to his new one.

"[Spoiler] "Criminal Minds" Son Hyun-joo and Lee Joon-gi at war with the Reaper "
by HanCinema is licensed under a Creative Commons Attribution-Share Alike 3.0 Unported License.
Based on a work from this source