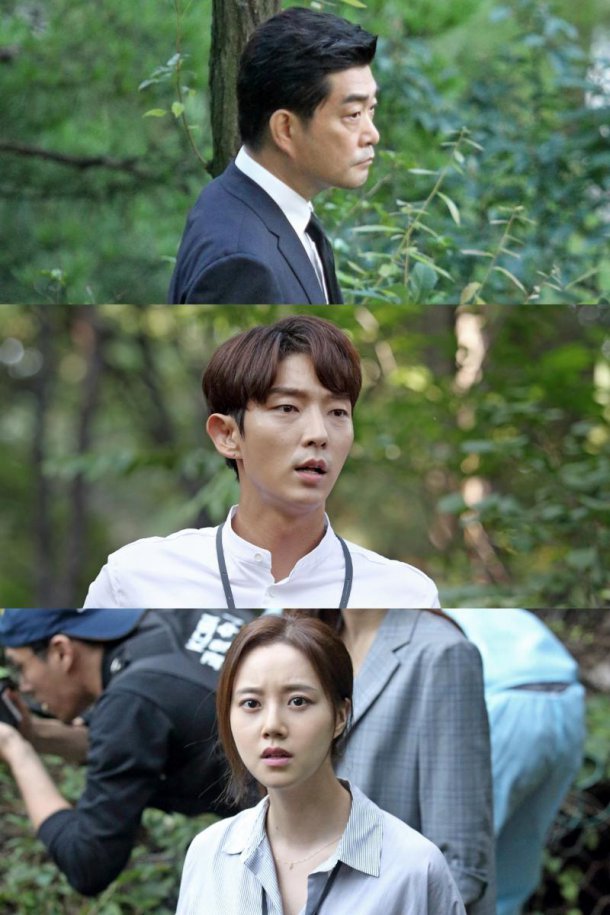 On the latest episode of the tvN drama "Criminal Minds", NCI started an investigation on a kidnapper who kidnaps women and cruelly murders them.

While the serial killer named The Reaper (Kim Won-hae) made a signature for himself by leaving his former victims' items with the next victim, this kidnapper tortured his victims, recorded, and sent a video to their families, and made them find the dead body.

Based on NCI analysis and profiling, they focused on the criminals condition and predicted his next move.

The pictures of NCI show the agents with solemn looks on their faces. Kang Gi-hyeong (Son Hyun-joo), Kim Hyeon-joon (Lee Joon-gi) and Ha Seon-woo (Moon Chae-won) are doing their best to solve cases.

"[Spoiler] "Criminal Minds" Son Hyun-joo X Lee Joon-gi X Moon Chae-won track down kidnapper "
by HanCinema is licensed under a Creative Commons Attribution-Share Alike 3.0 Unported License.
Based on a work from this source