[Spoiler] "Cross" A Life in Danger 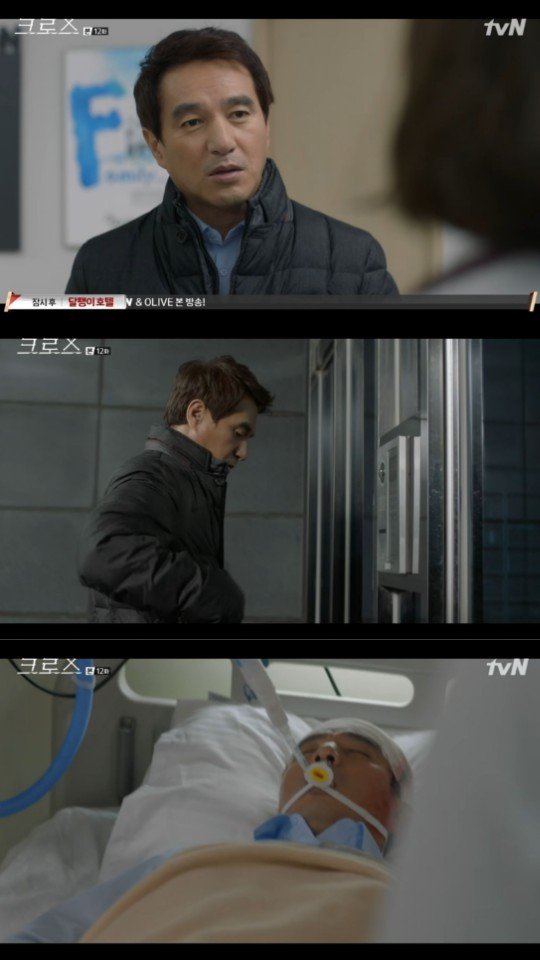 On the latest episode of the tvN drama "Cross", Go Jung-hoon (Cho Jae-hyun) was involved in a hit-and-run.

Go Ji-in (Jeon So-min) received a call that Go Jung-hoon had fainted from Parkinson's complications. Go Ji-in told Kang In-gyoo (Go Kyung-pyo), "I resented my father a lot. He didn't take care of his family, but he took care of his patients. However, he was always worried about me first, when he was the one who was sick".

Kang In-gyoo said, "Didn't you get disappointed when you heard about my brother's and my adoption. I would have resented someone too. But the reason he adopted us was because of Dr. Go. He said my sick brother reminded him of his daughter. He missed you a lot while he lived with us".

Go Jung-hoon was taken to the hospital with a brain damage. Unable to breathe on his own, he was near death. Go Ji-in cried for him.

"[Spoiler] "Cross" A Life in Danger"
by HanCinema is licensed under a Creative Commons Attribution-Share Alike 3.0 Unported License.
Based on a work from this source