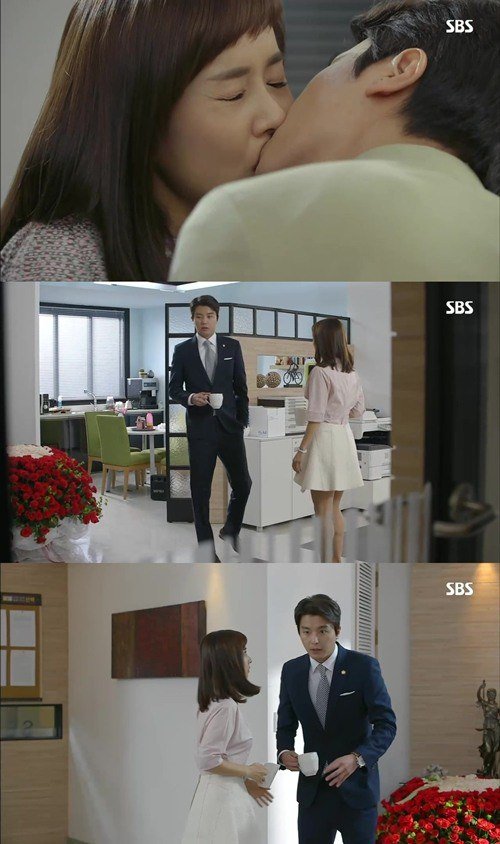 Bong Min-gyu (Shim Hyung-tak) came by the office on the 6th episode of the SBS weekend drama "Divorce Lawyer in Love".

When he came by, there was a sight to see at the office. So Jeong-woo (Yeon Woo-jin) and Go Chuk-hee (Cho Yeo-jeong) were kissing. They were quarreling about a client who wanted a divorce because of kissing and kissed on a whim.

The next day, Go Chuck-hee was walking with a mug in her hands and so was So Jeong-woo. They ran into each other and didn't know what to do. They both moved left to right and kept running into each other again and again.

They kept running into each other here and there. It made things worse. Yoon Jeong-seok (Hwang Young-hee) said, "Kiss? That's bullsh**!". The two of them were startled and looked up at her. They thought everyone knew what happened between them.

Jeong-sook continued on and on about kissing and criticized the client who wanted a divorce because her husband wouldn't kiss her.

"[Spoiler] "Divorce Lawyer in Love" Yeon Woo-jin and Cho Yeo-jeong, awkwardness after kiss"
by HanCinema is licensed under a Creative Commons Attribution-Share Alike 3.0 Unported License.
Based on a work from this source