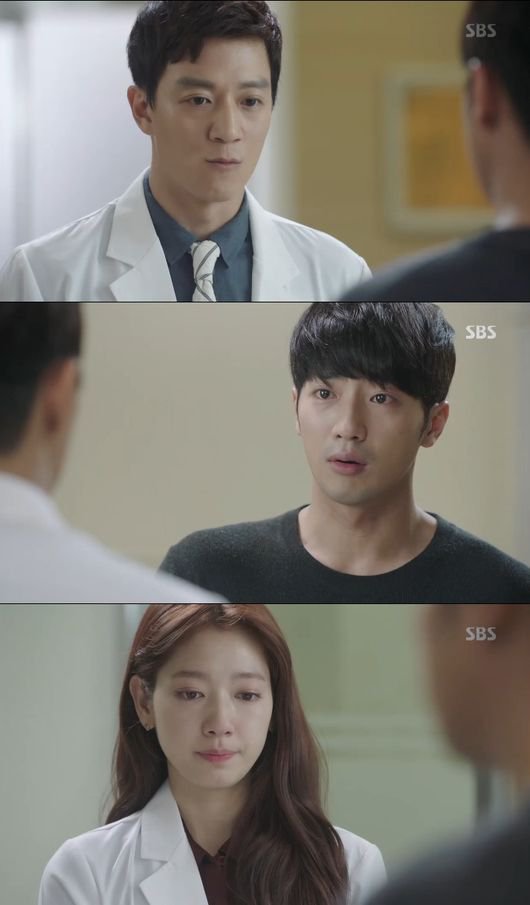 Hong Ji-hong (Kim Rae-won) and Yoo Hye-jeong (Park Shin-hye) operated on a pregnant woman to save the mother and the baby on the episode of the SBS drama "Doctors" on the 8th.

Fortunately, Nam Ba-ram's (Namgoong Min) sons Hae and Dal were helped by many people and were able to get better before they left the hospital. Their financial situation was resolved thanks to the hands of help and the TV appearances by Hae and Dal. Nam Ba-ram thanked Yoo Hye-jeong for stopping him from killing himself and said, "The world is still a good place to live in".

Hong Ji-hong managed to successfully draw attention for investment for Gookil Hospital with his skills. He stopped Jin Myeong-hoon (Uhm Hyo-sup) and Jin Seong-jong's (Jeon Gook-hwan) plan, and that resulted in the first step in expanding the welfare system in the hospital.

Jin Seo-woo (Lee Sung-kyung) and his father Jin Myeong-hoon (Uhm Hyo-sup) crossed a bridge they can never come back to. Seo-woo defied Myeong-hoon and said, "I went to university, unlike you, and I'm smarter than you". Myeong-hoon slapped him.

Ji-hong and Hye-jeong took care of each other. Hye-jeong went to Ji-hong's room and gave him some vitamins. In the morning, Ji-hong made sandwiches and gave them to Hye-jeong. He told her, "I want to eat something you made for me. Well, I just want some real food now". Hye-jeong said, "I think about cooking lately and I'll cook for you one day". 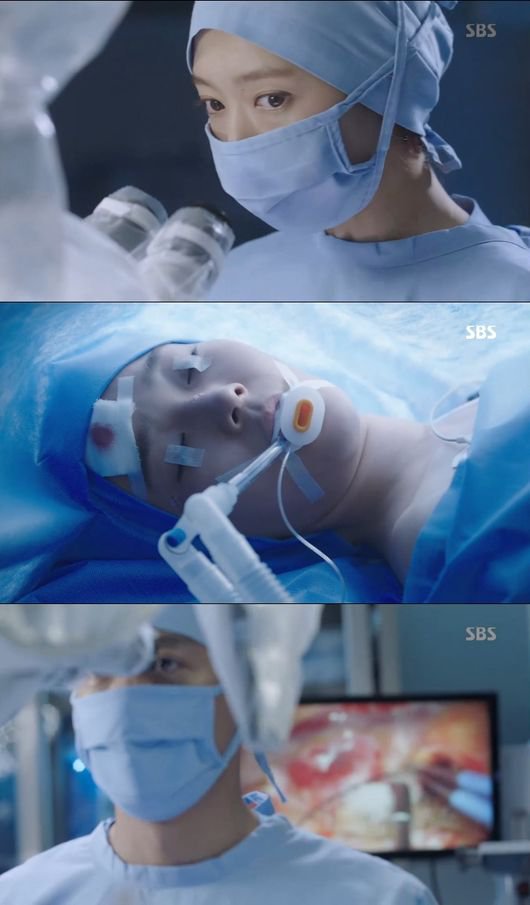 However, they came on different paths when it came to treating a patient. A man (Lee Sang-yeob) and his 20 weeks pregnant wife came to their hospital after being in a car accident. The unconscious mother's brain was badly damaged and Ji-hong decided not to operate on her. He then told the husband that he won't operate on her because there was a low chance she would survive. He coldly said, "I'm sorry but I can't guarantee the child's life either".

Hye-jeong claimed they should operate on her. "There won't be a miracle if we don't operate on her. We need to give the husband time. He's about to lose them both. I could operate on her if you don't want to", she said, trying to convince Ji-hong. He refused but then she asked, "Will you give up on me if that was me lying down there?"

Ji-hong actually had bad memories about forcing the expansion of someone's life. He didn't want to give hope to the husband when there was a low chance of succeeding. In the end, Ji-hong was convinced by Hye-jeong to operate.

However, the surgery wasn't easy. The child's heartbeat kept going down so they had to stop operating for the child's sake. The child was alright but the mother wasn't.

The mother couldn't awake from her coma a week later. In the end, there was nothing that could be done besides extending the mother's life by force and waiting until the baby was ready for artificial labor.

"[Spoiler] "Doctors" Kim Rae-won and Park Shin-hye's chemistry increases expectations on a miracle "
by HanCinema is licensed under a Creative Commons Attribution-Share Alike 3.0 Unported License.
Based on a work from this source