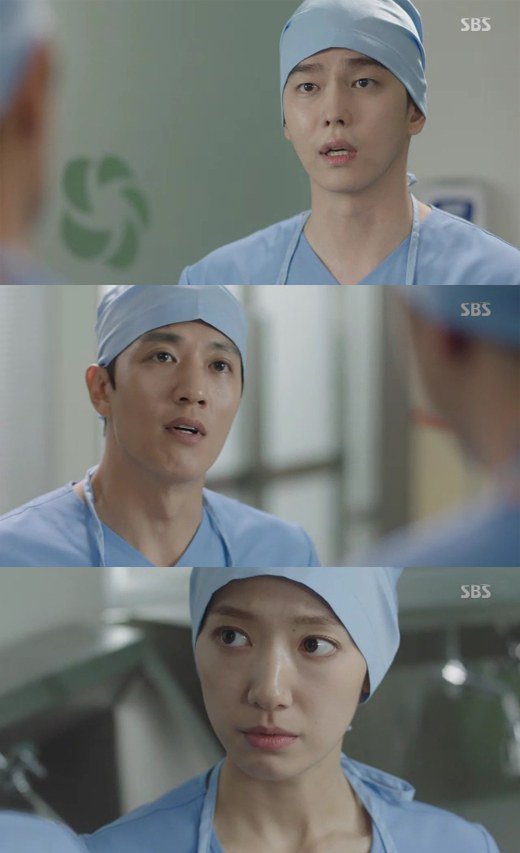 "Doctors" Kim Rae-won and Yoon Kyun-sang had a war of nerves over Park Shin-hye. Their childish lines under the tense circumstances drew attention.

Since did not like Yoo Hye-jeong from the beginning, he made her join a difficult surgery to discourage her. However, Yoo Hye-jeong still did not want to give up on her strong opinion. She even said, "This is a game I can win" about the challenge Jeong Yoon-do had put out.

Yoo Hye-jeong told Ji-hong confidently, who was worried about her, "This is my fight. I don't avoid any fight brought to me. I pick a fight only when I can win". Ji-hong responded, "Just don't forget I'm always next to you. I'm always ready to help you".

"[Spoiler] 'Doctors' Kim Rae-won vs Yoon Kyun-sang battle over Park Shin-hye "
by HanCinema is licensed under a Creative Commons Attribution-Share Alike 3.0 Unported License.
Based on a work from this source