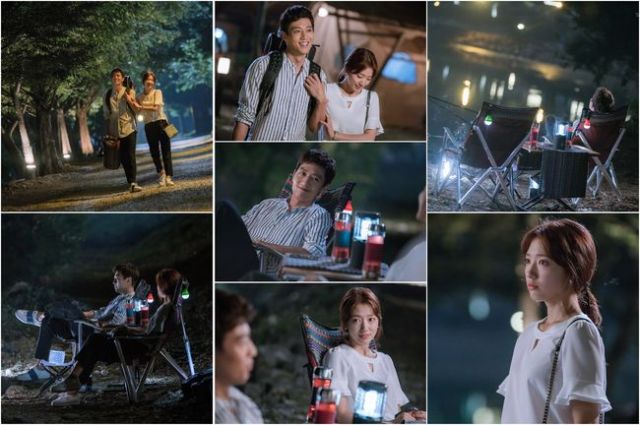 Prior to this, Hong Ji-hong (Kim Rae-won) ran to Yoo Hye-jeong (Park Shin-hye's) and confessed his love to her, when he heard his patient's husband painfully regretting that he had never said to his wife "I love you".

Also at the end of the recent episode, when Hye-jeong was about to be reprimanded at the hospital, Ji-hong stayed next to him and consoled her, which delivered such a heartwarming scene to the drama fans.

In the revealed behind-the-scenes images, Ji-hong and Hye-jeong make a adorable sweet eye contact. The ambient illumination spotlighted on the two in the dark night amplified the romantic mood of the scene.

However, in another image, Hye-jeong is holding her tears next to Ji-hong. While the couple's romance has been getting only stronger recently and it seemed there would not be any hardship to interfere their love, this image raises curiosity in viewers as to what may happen in their romantic storyline.

"[Spoiler] 'Doctors' reveals behind-the-scenes images of Kim Rae-won and Park Shin-hye's late night fishing date"
by HanCinema is licensed under a Creative Commons Attribution-Share Alike 3.0 Unported License.
Based on a work from this source