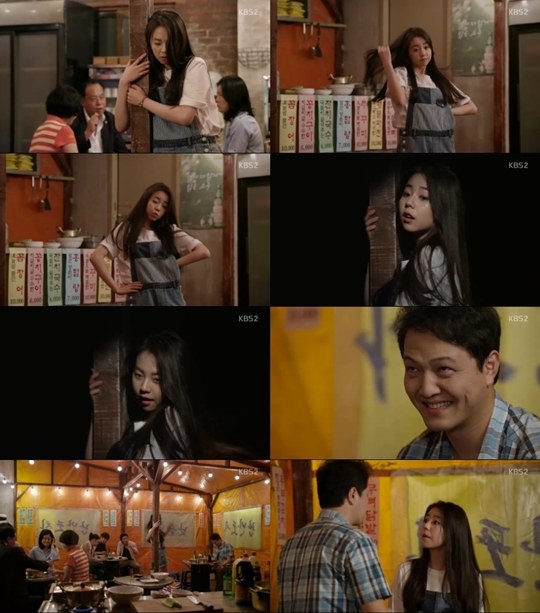 Ahn So-hee transformed into a retro girl to a 8090's song and started singing and dancing along to it.

She started dancing on a pole in the middle of drinking with Chan-woo. Ah-reum revealed her dreams of becoming a singer and danced the sexy dance. Chan-woo watched her with his mouth open.

However, drunk people around them misunderstood the two of them to be in an inappropriate relationship which led to Chan-woo partaking in a fight.

"[Spoiler] "Drama Special - Happy! Rose Day" Ahn So-hee's sexy pole dance"
by HanCinema is licensed under a Creative Commons Attribution-Share Alike 3.0 Unported License.
Based on a work from this source