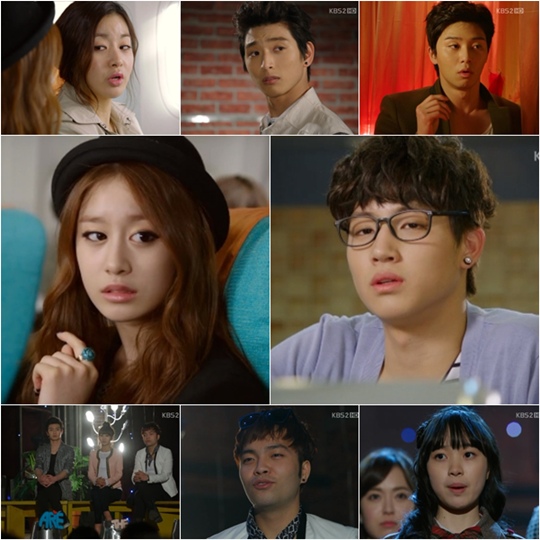 KBS 2 drama "Dream High 2" ended with the students of Kirin School of Arts finding their own life paths 8 years later.

On the final episode of "Dream High 2" on the 20th, Rian (Jiyeon) was chosen as the final winner of Super Idol and 8 years later, the students of Kirin School of Arts were leading their own lives.

After being chosen as the finalist, Rian completed the world tour with her friends and turned into a world star and Sin Hae-seong (Kang So-ra) who left abroad to study succeeded in becoming a Broadway director. Not being able to dance because of his hurt leg, JB became a producer and Jin Yoo-jin (Jeong Jinwoon) led his life as a rocker and teacher at Kirin.

8 years later, these students gathered together to perform the musical "Dream High" directed by Sin Hae-seong at Kirin School of Arts and the drama ended.

Eventually, all of them got what weren't their first dreams but new dreams.

However, after the broadcast, viewers are showing disappointment in the speedy finale and obvious ending. "Your ending was so obvious it wasn't even touching", "I couldn't watch in embarrassment", "The ending was forced", "What are you trying to say?" and more.

Actually, "Dream High 2" had been criticized for its obvious story line ever since the middle half of the drama as if it was scared of the viewers. The interest in the drama especially dropped when the conflict behind Rian, Yoo-jin and JB turned into reconciliation in a hurry and lost all tension.

In the end "Dream High 2" chose the method of protecting the underage and the fresh material of idols and students but there were no twists or inspiration in the ending, making it boring and disappointing.

Meanwhile, "Love Rain" with Jang Keun-suk and Yonna will be broadcasted after "Dream High 2".

"[Spoiler] "Dream High 2" boring ending... disappointment"
by HanCinema is licensed under a Creative Commons Attribution-Share Alike 3.0 Unported License.
Based on a work from this source