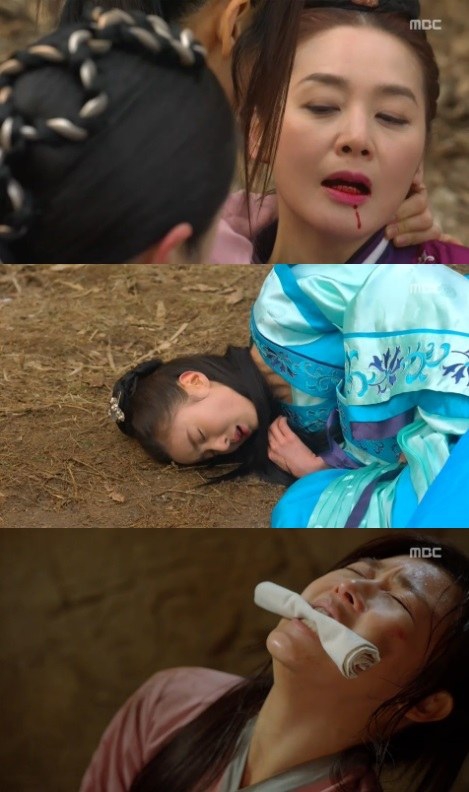 On the twenty-second episode of the MBC drama "Empress ki", Ki Seung-nyang (Ha Ji-won) tried escaping the palace in Park's (Han Tae-rin) cart but Dang Gi-se (Kim Jung-hyun-I) had sent his men to attack them.

Dang Gi-se was asked by Ta-na Sil-li (Baek Jin-hee) who was under false pregnancy to stop Park who was leaving for birth delivery. Seung-nyang was in danger too.

The men attacked when the rest of her group left to go see about their business and Seung-nyang tried to fight back with her pregnant body in vain. They killed Court Lady Noh (Lee Eung-kyung) and Park who was due.

Seung-nyang made it out of there thanks to the help of Band Sin-woo (Lee Moon-sik) but she started bleeding and was holding back some sort of pain.

"[Spoiler] "Empress ki" Han Tae-rin and Lee Eung-kyung died"
by HanCinema is licensed under a Creative Commons Attribution-Share Alike 3.0 Unported License.
Based on a work from this source