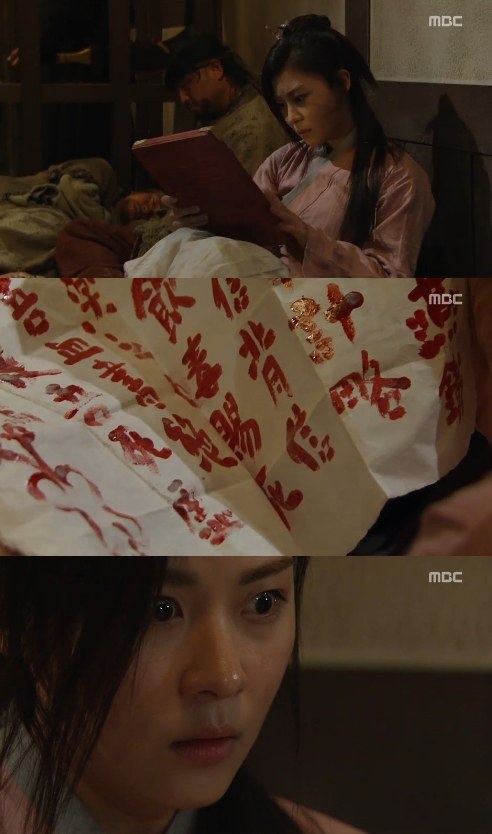 Ha Ji-won found the secret pledge on the twenty-third episode of the MBC drama "Empress Qi".

Ki Seung-nyang (Ha Ji-won) fell off a cliff hit by an arrow while being chased by Yeom Byeong-soo (Jung Woong-in) and his men after giving birth. The arrow was meant for her heart but the mirror she had embraced in her chest blocked in from the arrow hitting her and she lived.

Ki Seung-nyang was unconscious when Jeong-ho saved her and he handed her the mirror saying there was a piece of cloth in it. However, she noticed her child was missing and ran out without noticing what he said.

She then noticed the piece of cloth later and pulled it out only to find out that it was the pledge of Myeong Jong that Court Lady Noh (Lee Eung-kyung) had hidden.

"[Spoiler] "Empress Qi" Ha Ji-won finds missing pledge"
by HanCinema is licensed under a Creative Commons Attribution-Share Alike 3.0 Unported License.
Based on a work from this source