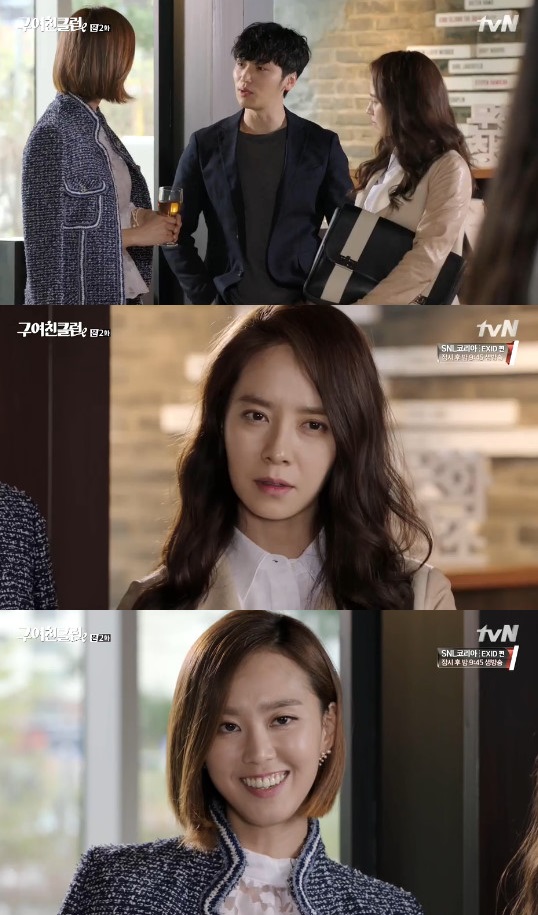 On the second episode of tvN's new weekend drama, Bang Myeong-soo (Byun Yo-han) was humiliated by his ex-girlfriends he had invited.

They were against the idea that their story would be made into a movie. While Kim Soo-jin (Song Ji-hyo) was upset with the ex-girlfriends, she started getting more curious about him when she was asked what his appealing points were.

Sim Joo-hee (Ji So-yeon) saw Bang Myeong-soo exchanging greeting with the girls, she said, "He hasn't changed. He's still got many girls". At this, Kim Soo-jin said, "Is he handsome? Is he rich? Why do girls like him so much?"

Sim Joo-hee responded, "He's desirable. He's so hot. His previous webtoon had a million views. I should have spent more money at the time". As her eyes shined with words, it made Kim Soo-jin tensed up.